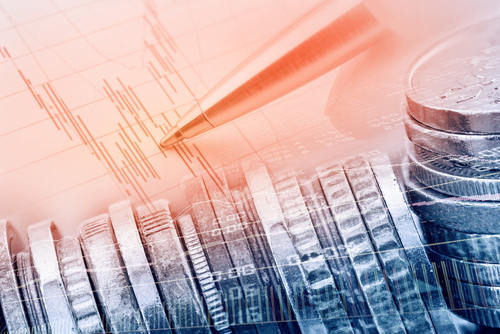 A cursory glance may give a false impression that the markets have not moved much from February. A similar conclusion can also be had from the US dollar index. It is in almost the same spot as it was in February.

Appearances, however, are deceptive. The stocks have swung wildly in the intervening period. Rallies were swift and sharp. Sell-offs were quick and mirrored indecision. The movements betrayed high sensitivity to economic news. Political news affected the stock markets as well. The Standard & Poor 500 had moved about one percent on nine of last 12 trading days. This can only be described as jumpy action clumped together. Due to this, the VIX or CBOE Volatility Index continued to be up above 20 during the last week of March and the first week of April. This phenomenon is highly unusual if it is not a confirmed bear market.

These wild swings have a beneficial effect. It has skimmed extra optimism from investors. Equity valuation was also compressed. The professional investor has moved from the aggressive pose to a cautionary one. This is a progress for the market that undergoes correction from overheating.

While all these can be regarded as unstable moves, experts believe that such actions do the base building. These take place a little above the correction set lows. Analysts hold the opinion that a wild swing market sans any apparent net progress means a reversal and not consolidation. There could be a probable higher reversal after the tailspin.

Firms which track hedge funds positioning report that the equity funds have reduced by half their percentage exposure towards stocks from the beginning of 2018. All this means is that a lot of money has gone up in smoke during the uncontrollable swings. The market is now much less vulnerable to quick shock. There are multiple indications that these movements are not based on fundamentals. One clue is that explanations for this shock keep changing.

The initial explanation at the beginning of this choppy phase was rising bond yields and wage inflation. The next reason was “short volatility funds”. Then trade policy tensions were quoted. The last explanation was the possibility of regulating Big Technology. Another support for the idea of firm fundamentals is the rigid behavior of the credit markets. The pattern of corporate credit spreads clearly shows the absence of financial contagion.