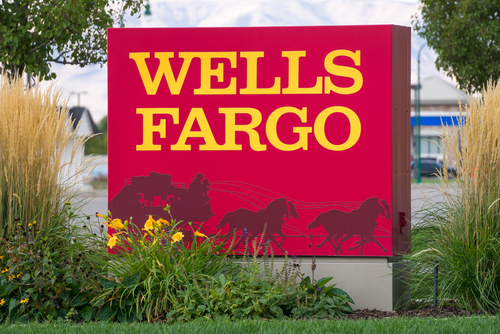 Wells Fargo & Co. (NYSE: WFC) reported its third quarter earnings for fiscal year 2017. The bank missed estimates for revenue, which, along with the massive consumer scandal expenses, sent shares down over 3 percent on Friday.

The bank reported a net income of $4.6 billion or an EPS of $1.04, which beat Thomson Reuters analysts’ estimates of $1.03. The bank generated $21.93 billion in revenue, falling short of the $22.4 billion estimate, also falling 2 percent year over year.

Wells Fargo has faced a brutal third quarter due to the massive consumer scandal that costed the company millions of dollars and had former CEO, John Stumpf, step down from his position. The scandal resulted in lower consumer revenue’s and adding on expenses, hurting the quarterly earnings.

Noninterest expense is up $1.1 billion, or 8 percent, up to $14.4 billion. of $14.4 billion, up $1.1, which also includes a $752 million higher operating losses The third quarter also included a $1 billion litigation cost for the investigation.

Through the bank’s 2017 Capital Plan, it had returned $4.0 billion to shareholders through common stock dividends and net share repurchases.

Chief Executive Officer Tim Sloan said, “Over the past year we have made fundamental changes to transform Wells Fargo as part of our effort to rebuild trust and build a better bank. While our financial performance in the third quarter included the impact of a litigation accrual for previously disclosed, pre-crisis mortgage-related regulatory investigations, I am proud of the commitment of our 268,000 team members who put our customers first.”

Bank of America, JPMorgan, and Citigroup all reported their third quarter earnings this week as well. All three banks had topped analysts’ estimates, but Wells Fargo out of the banks, was the only one to fall short.