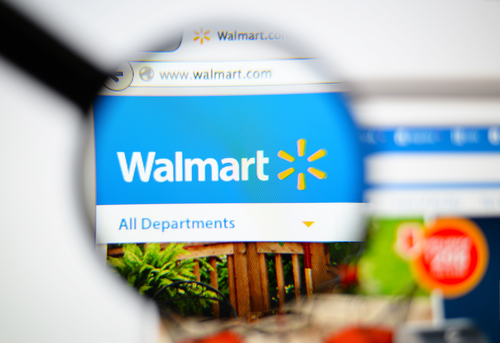 By choosing to address a problem that often frustrates its customers, Wal-Mart Stores Inc (NYSE: WMT) may have just gained an edge over Amazon.com, Inc. (NASDAQ: AMZN), which has been trying to spread its wings in the former's marketplace for a while now. Wal-Mart has just made returns easier and enabled users to do the job using the app instead of having to walk to the nearest store. This could make the business stronger in its niche and improve its valuations.

Wal-Mart has announced that the easy returns system will come into force from the coming month. This system is being called the Mobile Express Returns. What it means for users is that now they can just use the mobile app to return items they have bought from Wal-Mart. The app can be used to return products purchased via the online store or the brick and mortar one. It is quite an intuitive feature where the user just has to follow instructions to initiate the return process.

The company has also said that exclusive Mobile Express Lanes will soon come up at brick and mortar Wal-Mart stores where users have to scan a QR code generated through the app and get the return done in minimum time. Refunds will be credited by the next day, say Wal-Mart officials. Soon it will be possible to do the entire return process without setting foot in a brick and mortar store at any stage. This will put Wal-Mart well in a position to compete aggressively with Amazon which is trying hard to make space in this niche.

Wal-Mart has made it very clear that it is taking Amazon's 'incursion' into its space quite seriously and going all out to prevent any loss of market share. Recently, CMO Tony Rogers also unveiled the retail giant's free shipping offers for the holiday as part of the offers given during the season. The free shipping is to be offered for orders that exceed a $35 value, he said. Rogers also took a 'not very subtle' dig at Amazon saying that his company did not think that it was fair to ask customers to pay $99 per annum for free shipping. Wal-Mart is all set to focus on innovative ideas now to compete with Amazon and the brand's association with Google is sure to work in its favor too.