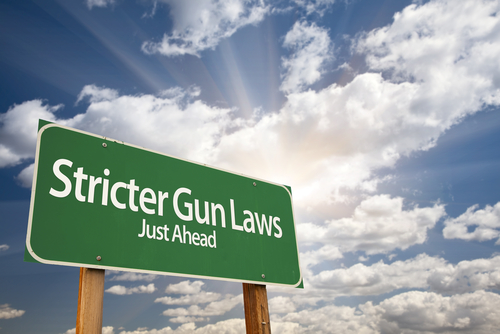 Walmart Inc. (NYSE: WMT) and Kroger Co. (NYSE: KR) have followed Dick’s Sporting Goods (NYSE: DKS) on their positions for gun regulations and restrictions. Walmart and Kroger have both now raised the minimum age to purchase guns in their locations to 21 years old.

After Dick’s released an announcement to ultimately assault-style rifles from its stores, many companies were pressured by activists fighting for gun control following the recent events of the mass school shooting in Parkland, Florida. Kroger and Walmart only raised the age limit and enforced more regulations and checks.

Kroger has stopped selling assault-style rifles years ago in Oregon. Walmart has also ended sales of modern sporting rifles, including the AR-15 back in 2015, but still continues to sell handguns in Alaska where the company feels it should be “offered.”

"In response to the tragic events in Parkland and elsewhere, we've taken a hard look at our policies and procedures for firearm sales," Kroger said in a statement. "Recent events demonstrate the need for additional action on the part of responsible gun retailers."

Walmart will also be removing items from its eCommerce site for assembling assault-style rifles, which also includes non-lethal airsoft guns and toys.

Pressure from activists have also targeted major corporations who are partnered with the National Rifle Association.

The NRA has expressed its position and is opposed to the age raise by retailers that sell firearms, which has led to even more pressure by those demanding gun control laws.

The pressure led companies like Symantec Corporation, FedEx Corporation, Hertz Global Holdings and many others to end their discounts offered to the NRA.