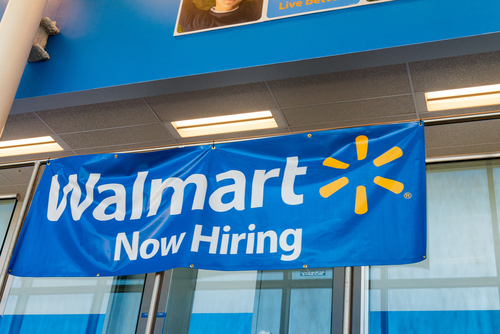 Wal-Mart posted adjusted earnings of $1.08 compared to an estimate of $1.07 per share. Second quarter EPS did include a charge of $0.17 loss with the company’s recent debts tender offer. Revenue was up $123.36 billion compared to an estimate of $122.84 billion. Revenue is up $2.5 billion, up 2.1 percent year over year. Same-store sales for U.S. stores, excluding fuel, increased 1.7 percent, meeting estimates.

Net sales, excluding fuel, internationally was $28.3 billion, a 1 percent decrease year over year. Sales in the U.S. were up 3.3 growth and Sam’s Club with a 2.3 percent growth. Wal-Mart’s e-commerce growth was strong as it grew over 60 percent and helped the company significantly throughout the fiscal year.

The company said that grocery and even online grocery shopping has grown throughout the whole fiscal year. Wal-Mart said the company saw its strongest sales in the past  five years.

"Thanks to the team for delivering another solid quarter. Our customers are responding to the improvements in stores and online, and our results reflect this. Traffic increases at store level and the eCommerce growth rate are key highlights. We are moving faster and becoming more creative as we strive to make every day easier for busy families." said CEO and President Doug McMillon.

Wal-Mart the second quarter profit margins fell slightly due to more aggressive promotions. It has been investing heavily to keep its prices competitive against other giants, like Amazon. It also bulking up its online operations. The expensive moves are yielding results, according to CNBC.

Wal-Mart faces heavy competition against companies like Amazon that dominate the e-commerce market and attract many customers. With Wal-Mart’s efforts to try and increase e-commerce flow, it was able to increase consumers and becoming among the very few retail stores outperforming the rest.