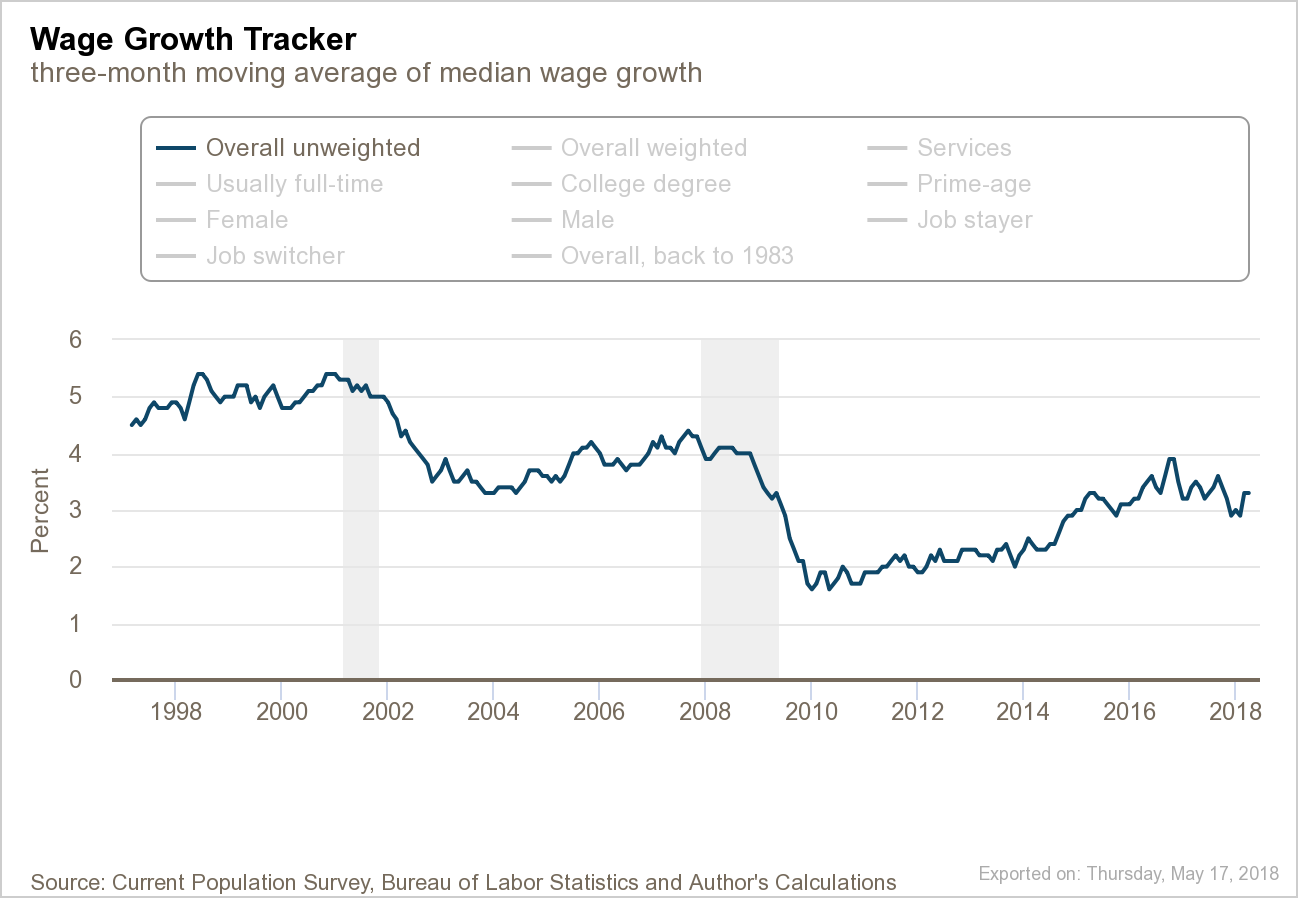 WSJ summarized three reasons that you haven't get a raise yet, first is that the productivity growth. Labor Department of statistics wrote a paper "Below Trend: the U.S. productivity slowdown since the great recession." BLS mentioned in the paper that "During the current business cycle, which started in the fourth quarter of 2007, labor productivity has grown at an annualized rate of 1.1 percent. This growth rate is notably low compared with the rates of the ten completed business cycles since 1947—only a short six-quarter cycle during the early 1980s posted a cyclical growth rate that low (also increasing 1.1 percent). Of course, the current business cycle is not yet over, and its rate of growth is likely to change as more quarters of data are added. However, an analysis up to this point is warranted, given that this business cycle is now the fourth-longest cycle since 1947. Also, comparing the current cycle with the completed cycles enables us to get a sense of the extent of the growth we will need to achieve during the remainder of this cycle to catch up to historical trends. Having this context will allow us to better gauge how well our economy is doing in the coming months and years."

WSJ believes that the second reason for slow rate of wage increase is foreign competition. Since labor costs are relatively high in the U.S. and the companies have to keep the prices low to compete with companies from other counties.

As the labor market keeps improving in the coming months, we may see a more significant improvement in wages, but the lag of more substantial increase in fees maybe three months or even longer.