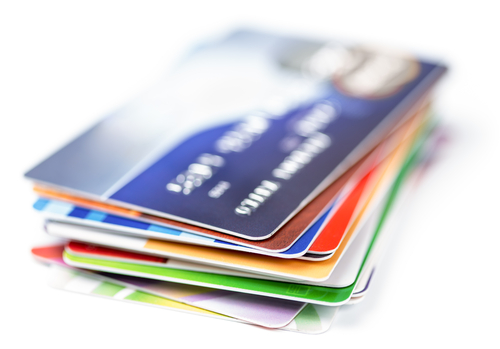 The San Francisco-based company earned $2.06 billion in the period ending June 30, or 87 cents a share, compared with a profit of $412 million, or 12 cents per share, in the same period a year ago. The results beat the expectation of analysts who according to FactSet had been looking for Visa to earn 81 cents a share.

Visa has been benefiting from its $23 billion purchase of Visa Europe in June 2016, which brought all operators of the Visa payment network under one company. It was also aided by replacing American Express as the payment processor for Costco, the nation's largest warehouse store chain.

Visa processed $1.86 trillion on its network in the quarter, the company said, which is up 38 percent from a year earlier. Payments processed in the U.S., which is Visa's largest market, were up 12 percent. Visa does not issue credit or debit cards on its own and instead has partnerships with banks to issue cards that will run on Visa's payment network. The company then charges a fee to merchants for each transaction processed on the network.

The company's fortunes are directly tied into how much consumers spend on its network versus using cash, an American Express card or MasterCard.

Visa is also the network used on a recent popular entrant into the credit card industry: JPMorgan Chase's Sapphire Reserve Card. The high-end premium credit card has become one of the most popular credit cards on the market, and has been particularly well-liked by younger customers. The dollar amount of credit card transactions processed on Visa's network was up 18 percent from year earlier, compared with a more modest growth in debit card processing of 5.4 percent.

The company has been aggressively going after companies that still only accept cash, or rely heavily on cash as well. The company announced a program earlier this month under which it's offering up to $10,000 each to 50 U.S.-based small business owners that are committed to going cashless.

Companywide revenue came to $4.57 billion for the quarter, up from $3.63 billion in the same period a year earlier.