Viacom interested in all cash deal to buy Scripps Network 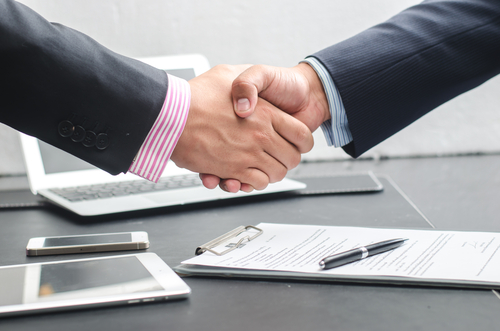 Viacom, Inc. (NASDAQ: VIAB) reportedly made an offer to Scripps Network Interactive, Inc. (NASDAQ: SNI) for an all cash deal to purchase the company.

Viacom is bidding for Scripps, but it is also said that it is not expected to make an all-cash bid, according to the sources, who remain anonymous as they are not allowed to speak to media about the matter.

The all cash offer is reported to be $10.6 billion for the American media based company, which is notably known to own channels such as Food Network and Travel Channel.

Viacom shares has been declining, as shares dropped from $46.62 back at the end of March, to currently, $34.46 per share. The company hopes in efforts of purchasing Scripps Network to boost its struggling position in the market.

According to Reuters, Viacom, which had a $12.17 billion debt as of March, could cause the company to lose its investment-grade status to buy Scripps.

Making an all-cash bid would mark an aggressive move for Viacom Chief Executive Bob Bakish, who has pledged to turn around the struggling media company, according to Reuters.

This deal with Scripps would potentially create a $24.9 billion cable network to bring together non-scripted and scripted programming.

Bakish was named Viacom Chief Executive last year after talks between CBS Corp and Viacom about a possible recombination ended. Viacom has spent the past months in efforts to focus resources on six of its brands, including Paramount Network, which is expected to launch soon.

Viacom also has been selling its assets in order to reduce its debt.

By acquiring Scripps, Viacom can gain cost savings and scale. Larger programmers are thought to have more leverage in negotiations with cable and satellite providers to carry their shows, according to Reuters.

Viacom has been talking to cable and satellite companies about launching a bunch of channels such as non-sports networks for less than $20 per month. With possible acquisition of Scripps, Viacom has more to offer its pay TV partners for such a bundle.

But Viacom still faces many competitors in the market as online streaming sites, such as Netflix, are dominating the media market.

It is still unclear whether Viacom will purchase Scripps or not, according to Wall Street analysts.

Many analysts say that this deal could actually be worse for Viacom, instead of what the company hopes to happen.

“Given Viacom’s balance sheet constraints, we have a hard time seeing how the deal could happen without involving the issue of some very expensive equity,” Cowen & Co’s Doug Creutz says. “We also think management has its hands full turning around the existing Viacom business; compressing 17 networks to six, only to add six more, seems counterproductive,” according to Deadline.

Barclays’ Kannan Venkateshwar said that this deal would not help Viacom, but move it into an opposite direction that the company hopes to achieve.