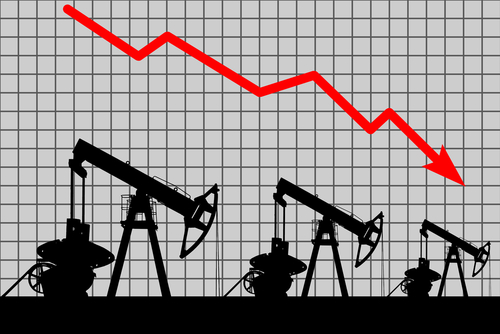 Government data that was released on Wednesday showed a decrease in US crude stockpiles for a third week in a row, causing oil prices to tap the highest levels of the session. There were also further gains in total domestic crude production, revealed in data from the Energy Information Administration.

Troy Vincent, oil analyst at ClipperData, said draws in crude stocks on the East Coast and Midwest were primarily responsible for the decline, and pointed out data that showed the Strategic Petroleum Reserve did not release any crude oil in the last week.

On Nymex, August gasoline RBQ7 added 2%, to $1.61 a gallon, with prices rising to what could be their highest finish since late May, while August heating oil HOQ7 rose 1.8% to $1.538 a gallon. August natural gas NGQ17 traded nearly flat at $3.086 per million British thermal units ahead of the EIA’s weekly update on supplies due Thursday.