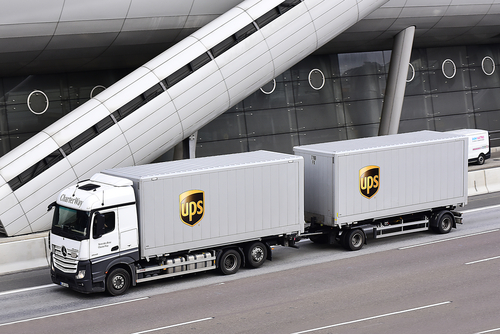 United Parcel Service Inc.’s (NYSE: UPS) freight workers ratified a final contract offer, averting a work stoppage that prompted the carrier to clear its network and could have affected the delivery of packages across the world.

UPS said it would immediately resume pickups for its freight customers, which primarily ship heavier goods and bulk shipments that move on pallets. The Company last week stopped picking up orders to empty its freight network of any cargo that could have been stranded during a strike.

The agreement prevents what would have been the Company’s first work stoppage since 1997 and provides a measure of labor peace ahead of the busy peak shipping season. A strike would have caused disruption in a trucking market already struggling with tight capacity and higher shipping rates as a strong economy pushes more freight through logistics networks.

UPS freight workers voted down the initial deal in October. The Teamsters demanded changes to items, including the amount of work that could be subcontracted, wages and restrictions on qualifying for pension and vacation benefits.

UPS agreed to some of the demands and refused others. Still, it was enough to garner member approval.

Last month, workers in UPS’s larger small-package division, which covers 243,000 workers, ratified their tentative bargaining agreement. The Company and the Teamsters are still negotiating some local supplemental agreements before finalizing that deal.