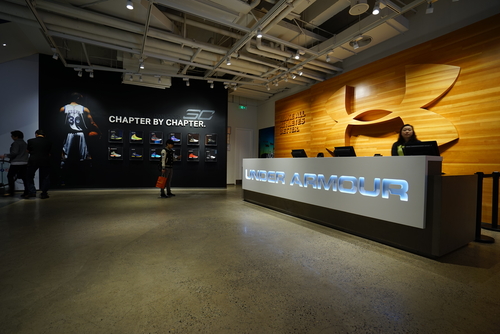 Under Armour (NYSE: UAA) reported its third quarter financial results before the opening bell on Monday morning. The Company topped analysts’ expectations, but slashed its revenue outlook for the year, which sent shares tumbling by 16%.

The Company reported that revenue fell by 1%, primarily decreased by declines in its wholesale and North American revenue. Wholesale revenue totaled USD 892 Million, decreasing by 2% year-over-year, while direct-to-consumer revenue fell by 1% to USD 463 Million.

North America revenue decreased by 4% to USD 1 Billion, while Under Armour’s international operations increased by 5% to USD 365 Million. International sales were primarily driven by a 9% increase in EMEA and a 4% growth in Asia-Pacific, slightly offset by a 4% decline in Latin America.

For the remainder of the fiscal year, Under Armour is anticipating revenues to be up approximately 2% compared to its prior forecast of 3% to 4%. Analysts anticipated revenue growth of 3.1%.

Under Armour said the lowered guidance is due to lower than planned excess inventory to service the off-price channel, ongoing traffic and conversion challenges in direct-to-consumer, and negative impacts from changes in foreign currency.

Shares of Under Armour were also dragged lower the Company confirmed that it is cooperating with the Securities and Exchange Commission and the Justice Department into whether the Company used bad accounting practices to make its finances look better.

Following its quarterly financial results, Under Armour shares are now up only 1.1% this year.