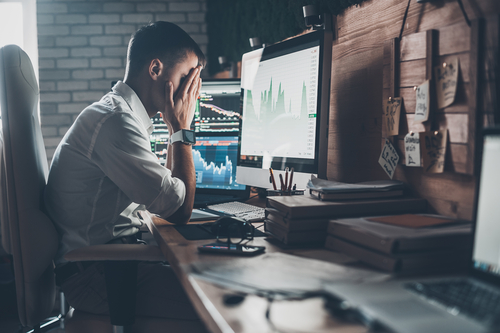 U.S. stocks opened lower on Friday after posting five consecutive days of gains. The Dow Jones Industrial Average opened 100 points or 0.4% at the opening bell. The S&P 500 Index fell by 9 points or 0.3% while the Nasdaq Composite slipped by 28 points or 0.4%.

Stocks were lifted throughout the week by settling trade war news between the U.S. and China, which caused massive gains for markets. The Dow gained as much 679.98 points or a 2.91% increase. U.S. Treasury Secretary Steven Mnuchin told reporters on Thursday night that Chinese President Xi Jinping would travel to Washington later in January to discuss ongoing trade matters.

However, the Federal Reserve’s announcement on its cautiousness when approaching future interest rate hikes seemed to concern investors.

Federal Reserve Chairman Jerome Powell delivered the announcement on Thursday during a discussion at the Economic Club of Washington. He stressed that the central bank will be “flexible” and “patient” on monetary policy as inflation is “under control.”

The partial U.S. government shutdown has now entered into its 21st day, which ties the record for the longest in history. Despite the ongoing shutdown, many investors brushed it off, however, federal workers affected by the shutdown will not receive pay this week.

“We’ve clawed back from the December downturn, which was disconnected from economic reality,” he said. “With inflation not rising convincingly above 2%, markets are right to think that the Fed will be their friend,” he said, adding that Friday’s subdued inflation reading will give the central bank even more reason to take the patient approach Chairman Powell has outlined in recent speeches.

Many retailers reported weaker-than-expected holiday sales on Thursday, which caused the market to open weaker. However, markets quickly rebounded throughout the day, allowing the Dow to close green once again.

Despite Thursday’s midday rebound, retailers still saw their shares close lower, however, stocks quickly rebounded on Friday. Target Corporation (NYSE: TGT) saw it shares rise by 2.1% after declining 4.9%, while Kohl’s (NYSE: KSS) shares also rose by 2.1% after a 10% plunge the day before.

Macy’s (NYSE: M) led the decline in the retail sector after its shares plunged by 19% on Thursday. Macy’s saw its stock price open 2.9% higher on Friday before falling back into the red, down almost 0.7%. Meanwhile, Bed Bath & Beyond (NASDAQ: BBBY) continued to see its shares surge on Friday after Thursday’s massive 20% jump. Bed Bath & Beyond shares rose by another 8.6% on Friday.