U.S. House Passes Bill to Speed Up Deployment of Self Driving Vehicles 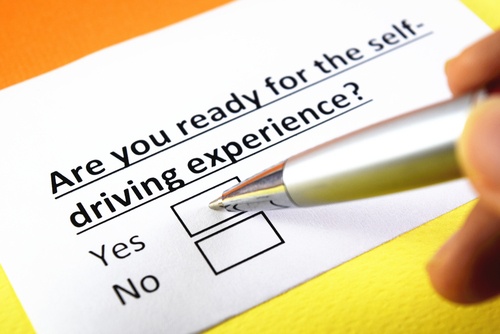 On Wednesday, the U.S. House passed a unanimous vote of 54-0 for a bill to speed up the deployment of self driving vehicles. Many auto manufacturing companies are already in a competition to be the first to develop an efficient and working self autonomous vehicles.

Companies like Alphabet Inc (NASDAQ: GOOGL), Tesla Inc (NASDAQ: TSLA), General Motors Company (NYSE: GE), and others have all been trying to push Congress to repeal certain regulations for self driving vehicles as it slows down deployment. Some states have stricter regulation standards that vehicles must pass, but this bill will lower federal issued standards that could potentially speed up deployment.

"Self-driving vehicle technology holds great promise to improve safety and transform mobility in the United States. Automakers have been developing these technologies for years and this legislation helps address a variety of barriers that otherwise block the ability to safely test and deploy these vehicle technologies," the Alliance of Automobile Manufacturers, a Washington-based trade group for GM, Ford Motor Company (NYSE: F), Volkswagen AG and auto companies, said in a statement.

Through the bill, or known as SELF-DRIVE Act, will put the National Highway Traffic Safety in charge of safety standards and draft new standards for vehicles. Companies must also draft their own regulatory guidelines.

Although the House passed a bill to speed up production and deployment, the bill overlooks certain regulations. The bill is allowing up to 25,000 vehicles that will be exempt of current safety regulations within the first year and then increasing up nearly 100,000 within the next few years, but must have a human driver within the vehicle.

But, States can still enforce its regulations on registration, licensing, and safety inspections, but not performance standards. The bill now moves to Senate where Republican John Thune of South Dakota and Democrats Bill Nelson of Florida and Gary Peters of Michigan are working on their own legislation.

"With this legislation, innovation can flourish without the heavy hand of government," Ohio Republican Bob Latta, who led the bill to be passed.

Many tech and auto companies are thrilled about the bill, but some consumers say that the bill does not regulate safety standards enough.

Although fatal car accidents have been down by nearly a fourth since the early 2010s, the number of accidents is still severe. Companies and Congress representatives believe that self driving vehicles will significantly mitigate the amount of human error caused vehicular accidents on the roads, which is the overwhelming amount of cause.

“I truly believe the bipartisan bill-drafting process for self-driving legislation is an example of our committee at its best – working together to pursue the common goal of saving lives,” said Chairman Greg Walden.

According to Reuters, on Tuesday, it was reported that U.S. Transportation Secretary Elaine Chao will unveil revised self-driving guidelines next Tuesday in Ann Arbor, Michigan, citing sources, and the department confirmed plans to unveil the new guidelines next week.

“The future of the automobile is here and this bill will give the automotive industry the tools it needs to completely revolutionize how we will get around for decades to come,” said Republican Fred Upton of Michigan.