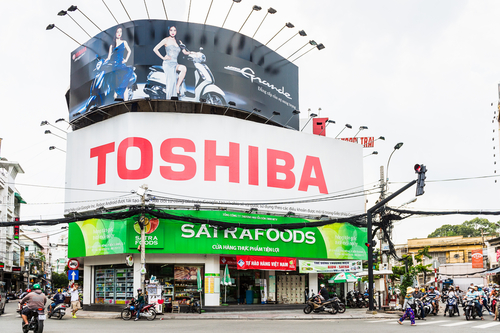 Toshiba’s sale of its memory chip unit for $18 billion has been pushed back due to disagreement of opinions within the consortium chosen as the preferred bidder. Western Digital was sued for interfering in the sale one day after the bid was resubmitted for the unit which further complicates this deal.

As a result, Toshiba decided to have a signed agreement for the sale of the chip by today during their annual shareholders meeting. Billions of dollars in cost overruns were also suffered at its Westinghouse nuclear unit and is now bankrupt as Toshiba tries to over come this obstacle.

The consortium for this chip was combined this month led by Japanese government investors and a U.S. private equity firm called Bain Capital chosen as preferred bidder hoping to complete this transaction by the end of the financial year in March.

As the members of this consortium try to settle their differences and opinions, Western Digital swoops in claiming that its partner is breaching joint venture contracts and is actively looking to prevent any deal that doesn’t have consent actions. At the shareholders meeting, Toshiba claims that Western Digital has been interfering in the sale and that their bid for the memory unit is too low in price while also presenting many anti-trust issues. However, their offer of 2 trillion yen ($18 billion) minimum demanded by Toshiba matches the amount offered by the preferred bidder.

Supporting their offer, Western Digital claims that they will also provide debt financing to facilitate a sale. A state-backed fund, the Innovation Network Corp of Japan (INCJ) as well as currently preferred bidder consortium, the Development Bank of Japan (DBJ) would be invited to join the resubmitted offer.

How is the U.S. Stoc