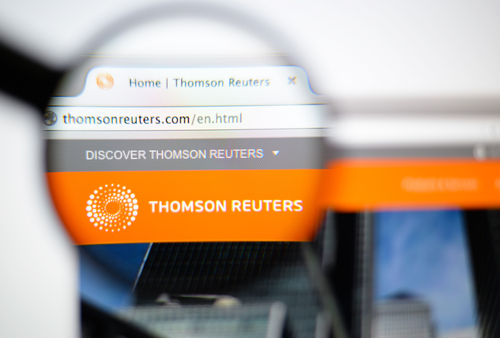 It’s financial and risk and legal businesses’ revenue remained flat year over year. While the tax and accounting business showed a 7 percent increase in revenue year over year now up to $1.1 billion. Reuters News revenue fell by 3 percent year over year down to $221 million.

“It is gratifying to see that the progress we have made over the last several years is continuing to pay off,” said Jim Smith, president and chief executive officer of Thomson Reuters, “And, despite lower than expected revenue growth for the quarter, margins continue to improve and our most promising growth initiatives are performing well.

“We will continue to manage the things within our control with the same rigor and discipline that has turned around our organization, in order to build maximum sustainable long-term profit growth” added Smith.