The US - North Korea Tensions Impact the Markets 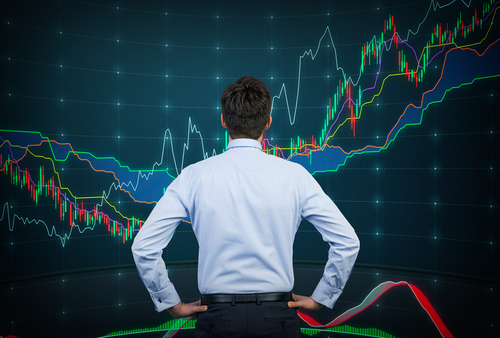 Tensions are rising between the U.S. and North Korea and as expected, the political heat is leaving a mark on the market. When there is political turmoil that could have a significant global impact, it has always been seen that safe haven assets, mainly gold, draws a lot of attention. The situation is no different now with investors making a clear move towards the yellow metal since the US- North Korea tension began to mount.

The price of the yellow metal has been shored up by the attention it is now getting from investors. It has now touched a two-month high, thanks to increased investment. The U.S. dollar is also clearly showing the impact of the political pressure and it has dipped by about 1% against the Swiss Franc. Government bonds have also picked up alongside gold, in another classic expected movement.

With the situation already being highly sensitive, President Trump's aggressive stance and a strongly worded warning that North Korea will see 'fire and fury like the world has never seen' has done nothing but worsen the existing tensions. Experts have criticized the President's stance and warned that it could backfire rather spectacularly. North Korea has already given clear indication that it is on course to attack Guam and there has been recent evidence to show that the country has moved a step closer to launching nuclear missiles targeting the U.S. by overcoming major technical glitches in the recent past.

Guam being U.S. territory and also being home to American defense personnel numbering in the thousands is, no doubt, a prime target if North Korea does choose to 'make a statement' with an attack. Secretary of State, Tillerson, has also hinted at the possibility of a 'preventive war'. If any such situation does arise, there is little doubt that, among other things, the global stock markets will receive a substantial shock.

Meanwhile, one of the world's favorite safe haven assets, the Japanese Yen, seems to be having a subdued run given the cautionary stance that investors have taken. Experts attribute this to Japan's proximity to Pyongyang. It is quite clear that the Swiss Franc will continue its dream run until the political tension is diffused and so will the yellow metal. Both the Asian and European trading sessions witnessed a subdued session while the Nikkei dipped by 1.3%.