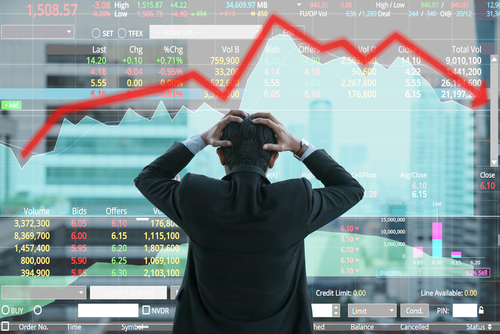 Friday saw the Asian stock markets facing immense pressure and this was linked to the unveiling of the tax reform law by the Senate Republicans on Thursday.

There was 1.12 percent drop in the shares of Nikkei, an extension of the losses noted on Thursday. Kospi, on the other hand, suffered a loss of 0.41 percent. Manufacturing firms reported some gains; for instance, Posco climbed up by 1.25 percent. However, blue-chip firms such as Hyundai Motors and Samsung Electronics showed a decline in share prices.

The tax plan was released by the Senate Republicans and this plan contained numerous variations when compared to a House bill introduced on Thursday. The bill demanded that the rate of corporate tax be reduced from 35 percent to 20 percent, but this change would perhaps become effective in 2019 only.

There was a drop in the closing of the U.S. stocks on Thursday with markets digesting the news that a delay in tax cuts was possible. Gold prices were seen rising to their peak levels in almost three weeks and the metal was traded at the rate of $1,286.18/ ounce.

There was a noticeable drop in oil prices after they had increased by nearly 1% in the previous session with investors digesting the geopolitical changes in Saudi. On Thursday, a 0.21 percent decline was noted in American crude futures and Brent crude rose by 0.7% to reach $63.93 per barrel.

The foreign minister of the country demanded the imposition of sanctions on Iran owing to its encouragement of terrorism. The middle-eastern nation is also planning to cut down on crude exports in the coming month.

On Thursday, Sogou, the search engine of China, debuted on the NY Stock Exchange. Its share prices rose by over 10 percent and it finally closed up 3.85% on its first trading day.

There was a 4.47% drop in Toshiba shares, underperforming various other tech stocks in Japan after the firm released its earnings report on Thursday. According to the company, the annual 76% increase in the operating income of the second quarter was due to rising sales in the memory business division that is due for sale. The company is also looking to raise approximately $5.3 billion as capital by making an offer of new shares.