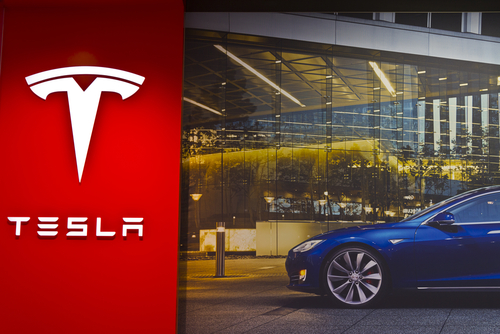 One of the more anticipated events by Tesla Inc. (NASDAQ: TSLA) was its unveiling of the its electric semi truck, but due to complications with the Model 3 as well the company diverting attention to Puerto Rico, the reveal was delayed. Along with the semi truck, Tesla also revealed its new sports car, the Roadster. Yet, investors and analysts did not seem to be fully impressed as Tesla shares were only trading above 1.4 percent midday on Friday.

Tesla’s electric semi will go from 0 to 60 mph in 5 seconds without any cargo, much faster compared to the trucks that run on diesel. While holding around 80,000 lbs of cargo, it will take approximately 20 seconds from 0 to 60 mph. The truck can go up to 500 miles while maintaining a highway level speed.

An improvement from this truck compared to current commercial trucks is that this electric will not require a manually gear shift. Along with this, Tesla added in a navigation information, blind spot detection, fleet management, and routing information.

The other vehicle Musk introduced was the Tesla Roadster, which he says “will be the fastest production car ever made, period.”

The Roadster will be able to accelerate from 0-60 mph in just 1.9 seconds, and hitting 100 mph in just 4.2 seconds. Musk says that this is the first time a car has gone from 0 to 60 mph in less than two seconds.

But even with the new additions, no one was completely blown away.

"Putting it simply, our mind wasn't blown and we are still in this dimension,"Cowen analyst Jeffrey Osborne wrote in a note to clients.

The large reason for Tesla’s spike in share prices was due to the anticipation of the Model 3. Investors and consumers wanted an affordable electric vehicle because Tesla models were fairly expensive. Adding a car, which will be the most expensive model does not please investors.

Even with the unveiling of two vehicles, the Model 3 will still be the main focus and attention for Tesla.