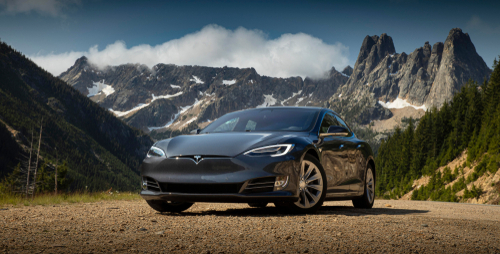 Tesla (NASDAQ: TSLA) stock price soared to over USD 400.00 on Thursday, marking an all-time high. The stock price has been pushed by a bullish market run as well as China gigafactory production.

On Thursday morning, Tesla shares were trading at USD 405.21 per share, up 3.07%. The Company’s market valuation was USD 73 Billion.

Many investors and analysts have been optimistic regarding Tesla’s gigafactory located in Shanghai, China. Some investors believe that Tesla’s Shanghai factory could produce potential margins of around 25% on average, said Bill Selesky, analyst at Argus Research, according to MarketWatch.

Positive reports from Credit Suisse and Oppenheimer have also helped push the stock this week.

Earlier this week, Oppenheimer said that the production ramp in China was likely to be “smooth.” Moreover, after Credit Suisse analyst Dan Levy visited Tesla’s gigafactory in Nevada, he highlighted that the Company’s batteries have a clear advantage over other automakers.

Furthermore, Tesla also reported an unexpected profit in the third quarter, which sent the stock skyrocketing by as much 20% after reporting its financials. During the previous quarter, Tesla reported earnings of USD 1.86 per share versus analysts’ expectations of a loss of USD 0.42 per share.

Tesla noted that it was able to return to profitability by improving its operation efficiency, including reductions in manufacturing and material costs and continued improvements in vehicle quality.

At the end of the quarter, Tesla said it remains confident it will deliver over 360,000 vehicles this year and also expects to report positive GAAP net income.