Tesla shifts from Nvidia to Intel chips for Infotainment 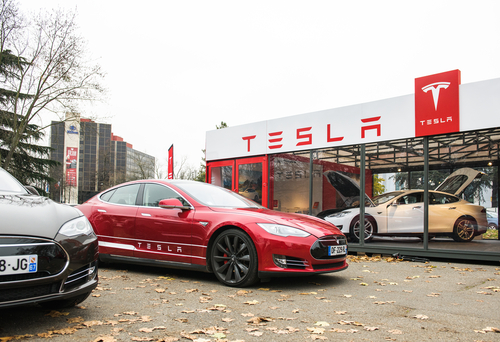 According to Bloomberg, the giant screens provided in Tesla Inc. (NASDAQ: TSLA) vehicle models will now be powered by Intel Corp. (NASDAQ: INTC) chips instead of the current Nvidia ones, said sources familiar with the matter.

Sources are saying that Tesla and Intel are currently in private talk about the matter. Nvidia, Intel, and Tesla did not comment about the rumors.

With cars becoming more and more advanced, such as self driving or electric models, it requires stronger processor chips to be able to carry out tasks. The new era of cars is in high demand for processor manufacturing companies.

Intel is now looking to shift from its dependence on personal computers and transition into using its processors for autonomous driving vehicles. Intel did not specify how much revenue the company has generated off the auto industry, although, Nvidia reported automotive sales of $142, which accounted for 6 percent of its total revenue.

Tesla among the smaller auto manufacturers, but is also one of the leading autonomous vehicle manufacturers. With the new technology the technology companies are bringing forward, it can heavily impact and improve upon current models of autonomous vehicles. The sole and main purposes of these chips are to be able to make vehicles fully independent.