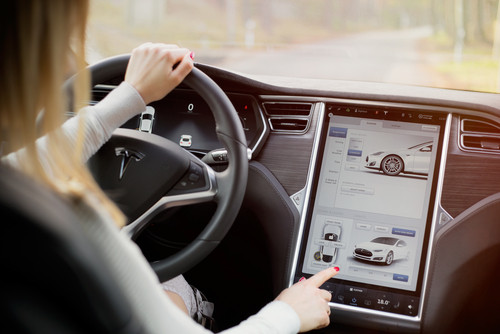 Tesla Inc. (NASDAQ: TSLA) shares fell on Monday after a Minnesota man claimed his vehicle suddenly accelerated after he engaged the car’s driver-assistance system and crashed into a marsh.

Dave Clark, 58, told police the 2016 vehicle left the roadway after he activated Tesla’s Autopilot system, according to a statement released Sunday by the Kandiyohi County Sheriff’s Office. The vehicle was found flipped on its top, and Clark and four adult passengers sustained minor injuries, police said.

“We are working to establish the facts of the incident and have offered our full cooperation to the local authorities,” Tesla said in an emailed statement. “We have not yet established whether the vehicle’s Autopilot feature was activated, and have no reason to believe that Autopilot, which has been found by NHTSA to reduce accident rates by 40 percent, worked other than as designed.”

Tesla shares fell as much as 4.4 percent and traded down 2.7 percent to $319.02. The stock has climbed 49 percent this year, driven by anticipation of Tesla’s cheaper Model 3 sedan starting production. The car will start at $35,000 and come equipped with Autopilot hardware, according to the company’s website.

CEO Elon Musk sought to tamp down expectations Saturday, saying during a keynote to the National Governors Association that Tesla’s stock price “is higher than we deserve.” “Expectations sometimes get out of control,” Musk said at the association’s summer meeting in Providence, Rhode Island. “I hate disappointing people so I’m trying real hard to meet those expectations, but that’s a pretty tall order.”