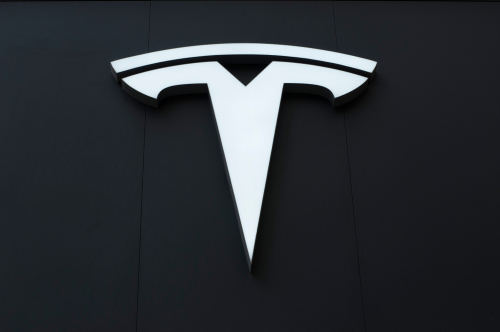 Tesla Inc. (NASDAQ: TSLA) shares edged lower on Tuesday after Chief Executive Officer Elon Musk tweeted late Monday night that the Company will have two of its vehicle color options at a special request for a higher price.

“Moving 2 of 7 Tesla colors off menu on Wednesday to simplify manufacturing. Obsidian Black & Metallic Silver will still be available as special request, but at higher price.” tweeted Musk.

Musk did not specify how much the colors would cost, but owners who previously purchased Tesla models in those colors will still be allowed for maintenance and service checks.

Tesla already charges extra for certain colors such as its midnight metallic silver, obsidian black metal, deep blue metallic and silver metallic, which all go for an additional USD 1,500. Meanwhile, the pearl white multi-coat and red multi-coat price at USD 2,000, according to Tesla’s design site.

Musk says the decision to drop two of the colors and have them available at a special request will ease manufacturing production rates.

Musk’s decision for the color options come shortly after a rough week when two executives resigned from the Company. Tesla’s Chief Accounting Officer Dave Morton and its Chief People Officer Gaby Toledano both resigned last week. The day after, Musk appeared on the Joe Rogan podcast discussing his companies’ projects and other matter of interests.

Despite another two executives resigning from the Company, Baird analysts reiterated their buy rating for the stock on Monday, allowing shares to slightly recover.

Baird analyst Ben Kallo was optimistic about Tesla after touring its Fremont factory. Kallo said in a note to clients that regardless of the all the negative news, he believes that Tesla’s strong fundamental should be able to drive its share higher.

Kallo continued to say that Tesla’s improving margins and increasing Model 3 productions, more information about factories, possible introduction of future products, and “ramp of the gigafactory and additional Tesla Energy project announcements” will propel the Company.