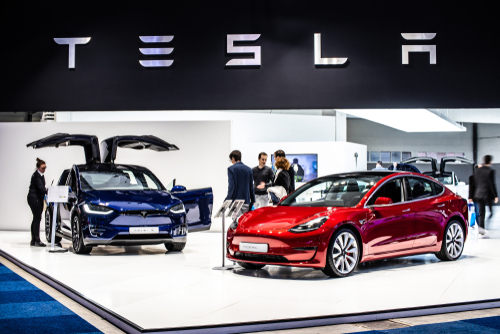 “We have our ‘bear price,’ five-year target as $700,” said Wood, whose firm owns a considerable stake in the electric auto maker. “That would be if they lost two-thirds of market shares and had no autonomous” vehicles.

Wood previously predicted earlier this year that Tesla would some day trade at USD 4,000 per share, representing a market valuation of USD 720 Billion. Currently, Tesla’s market cap was 61.04 Billion.

“Our ‘bear price’ says they’ll lose two thirds going to 6%,” she explained. “Our ‘bull case,’ used to be they would lose one third of the market share going down to 11%. We are rethinking that, because they have been maintaining that 17% market share over time. And so it’s quite possible that they could gain share.”

On the other hand, many short sellers and analysts have turned against the stock and believe it is headed in a downward spiral.

Morgan Stanley in May cut its worst-case forecast on Tesla stock to USD 10.00 per share from USD 97.00 per share, citing matters about the Company’s geopolitical exposure and increased debt load.

However, Morgan Stanley ended up raising Tesla’s bull-case to USD 500.00 per share, although the firm maintained its base-case price target of USD 250.00 per share and bear-case price at USD 10.00.

Addressing Wall Street naysayers, Wood said Monday, “I think they’re ignoring a lot of realities” such as the company’s stronghold on artificial intelligence and the real world miles it’s collecting.