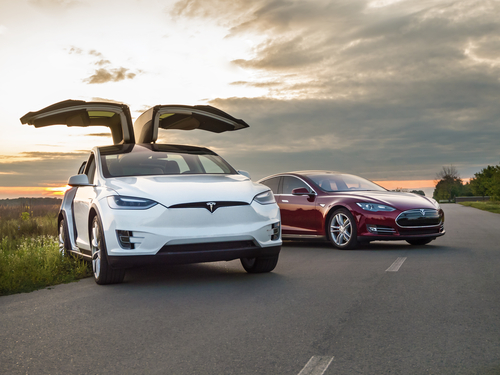 The Kingdom's Public Investment Fund had previously been in talks with Tesla around the time of its exploration of going private. Musk said in a blog post explaining his "funding secured" tweetthat it was after a meeting with Saudi officials when he felt "no other decision makers were needed and that they were eager to proceed." Sixteen days after the tweet, Tesla announced it would stay public.

Now, more than a month later, Saudi Arabia appears to be moving in a different direction within the electric-vehicle space.

"By investing in the rapidly expanding electric vehicle market, PIF is gaining exposure to long-term growth opportunities, supporting innovation and technological development and driving revenue and sectoral diversification for the Kingdom of Saudi Arabia," the fund said in a statement.

"The Transaction represents a major milestone for Lucid and will provide the Company with the necessary funding to commercially launch its first electric vehicle, the Lucid Air in 2020."

Lucid was founded in 2007 by Bernard Tse, a former Tesla Vice President and board member. The Silicon Valley-based company previously raised USD 131 Million in venture funding.

Also weighing on Tesla's stock price Monday was an admission from Musk that the Company's problems had shifted from the production floor to its delivery processes.

"We've gone from production hell to delivery logistics hell, but this problem is far more tractable," Musk said in a tweet, responding to a customer complaint. "We're making rapid progress. Should be solved shortly."

"We believe that Tesla is in need of better leadership (an about face) and are moving to the sidelines until we see what happens with management," analyst Romit Shah said in a note to clients.

Tesla shares are down 8.8% this year.