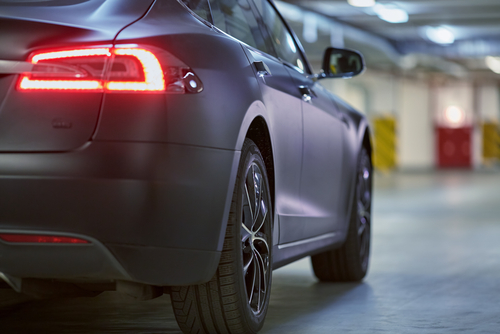 Two of Tesla Inc. (NASDAQ: TSLA) shareholders are supporting a plan to award Elon Musk, CEO of Tesla, a compensation package valued at approximately $2.6 billion. The award is to prove that the electric vehicle manufacturer can keep Musk as CEO for the long term, according to Bloomberg.

Baillie Gifford & Co. and T. Rowe Price Group Inc., told Bloomberg News that they will vote in favor of the compensation plan proposal in an upcoming meeting on March 21. The two, collectively own approximately 14 percent of Tesla’s stock.

If the plan is passed, this could net Musk up to another 12 percent of Tesla shares, but the company needs to majority of the shareholders approval.

“We think what Tesla has achieved so far is pretty remarkable, but there’s more they can do in not just automotive, but the energy markets,” Tom Slater, a Baillie Gifford partner and fund manager. “Elon Musk -- his drive and his vision -- has been a really important part of getting us to this point. Tesla still needs that drive and that vision to push the business.”

Although, Glass Lewis & Co., a proxy adviser, says that the plan is too expensive and that investors should reject it.

Musk’s brother, Kimbal Musk, a company director, does not intend to vote for the plan at the meeting.

Some shareholders approve of the award, saying that it will keep Musk around as the CEO and that his goals for the company won’t takeover the stock plan, but others have raised doubts saying that Musk does not need another payout considering he already owns 20 percent of the company.

This is similar to the award performance back in 2012, which in return, grew Tesla by more than 17-hold in its market cap. The new award performance must require the company to reach a $100 billion for the first milestone and then $50 billion, ultimately reaching $650 billion.

Tesla passed the award performance to ensure the company performs efficiently and effectively, while also being able to pay employees regardless of the performance.

The new award plan shows that Musk isn’t concerned about his salary for the company, but more on how the company performs. Musk wants his company to live up to shareholder expectations while delivering top of the line results.