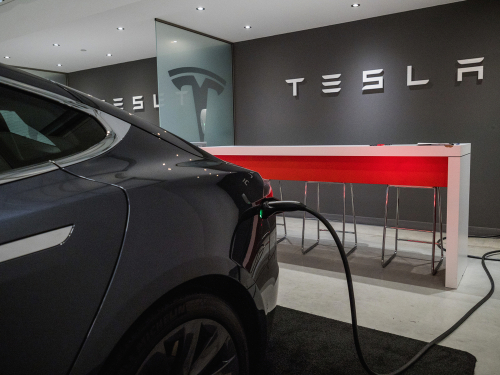 On Monday, Tesla Inc.’s (NASDAQ: TSLA) Chief Executive Officer Elon Musk announced that the Company’s new manufacturing plant in China is officially under construction. The plan intends for Tesla to eventually make half a million vehicles in China every year, as per CNN. According to a series of tweets by Musk, the Company is aiming to complete the initial construction work this summer and start producing its cheapest car, the Model 3, by the end of the year.

The Shanghai government said the factory is the largest foreign investment in manufacturing the city has ever seen. The government also noted Tesla’s initial target of making 250,000 cars a year has increased to 500,000. This would be approximately five times the number of vehicles the Company currently produces in the United States.

The factory will produce more affordable versions of the Model 3 and its yet-to-be-unveiled Model Y crossover for customers in China, Musk tweeted on Monday. Pricier versions of the two cars will still be produced in the United States for global markets including China, he added.

Tesla is currently heading into dangerous waters with China. The country’s slowing economy and its trade war with the United States have severely impacted the auto industry. General Motors, Ford, Jaguar, Land Rover and Volkswagen (VLKAF) all reported a dip in sales.

Tesla’s own prices have fluctuated dramatically, with the Company cutting prices several times last year, even after China increased tariffs on imported U.S. vehicles, as per CNN. Those tariffs have since been temporarily reduced, as China and the U.S. attempt to negotiate a trade deal.

The carmaker hopes to make up some of its lost revenue by producing vehicles in China. This would allow them to reduce prices further and compete with homegrown companies such as Nio (NIO) and BYD (BYDDY).

Monday’s announcement about the Shanghai factory “tells me that the additional pressure from the slowdown in the market has internal forecasts for Tesla China sales decreasing pretty substantially,” said Tu Le, Founder of Research from Sino Auto Insights. “A Tesla vehicle that can compete on price is a game changer for China and could be a huge headache for all the China EV startups that plan to launch in the next 18 months” he added.