Tesla Plan to Build Factory in China and Potential Dilemma 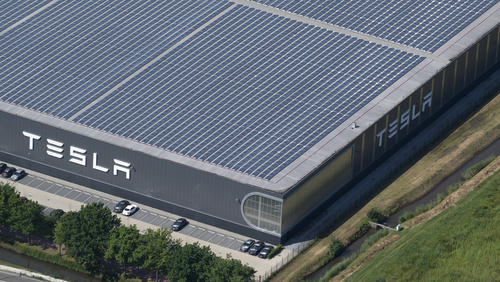 Tesla Inc. (NASDAQ: TSLA) plans to build a new factory in China with the capacity to manufacture 500,000 electric vehicles per year. However, the factory and assembly line will take up to two years to build, according to a Tesla spokesperson.

McKinsey & Company's article on China's electric-vehicle market states that, "China has emerged as a leader in both the supply of, and demand for, electric vehicles.”

In 2017, the total number of electric cars sold exceeded 1 Million, with sales of 580,000 in China, which was more than rest of the world combined. Since China is the world largest electric car market, closer access to the Chinese market would be a big achievement for Tesla.

Moreover, Tesla doesn’t need to depend on a joint venture in the country. Tesla told CNN that it will be the sole owner of the factory

The recent trade war between the U.S. and China will potentially hit Tesla's sales in the latter due to the price climbing 20% for the vehicles.  Beijing, however, has reduced its tariffs from 25% to 15% on the imported cars, at the same time, The Silicon Valley electric-car market also cut its price by 6%.

WSJ summarized the dilemma which companies currently facing with the tariffs hikes, "Risk a loss by absorbing the cost or risk market share by passing it on to consumers. Beijing has been looking for ways to shield its companies and consumers, for example by trying to direct purchases of soybeans to Brazil and other suppliers."