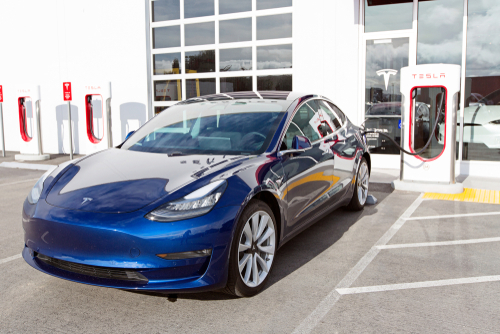 Jefferies’ upgraded rating comes amid Tesla’s efforts to push its Model 3 vehicle into Europe, China, and the United States towards the end of the first quarter. However, Tesla’s push into international market will likely cause lower deliveries within its North American segment.

"We can't deny some nervousness about Q1 results," Philippe Houchois, an analyst for Jefferies, told clients Wednesday, according to Business Insider. Despite the mixed reaction regarding Tesla’s upcoming first quarter, Houchois remains optimistic and joins several other Wall Street analysts who hold a bullish stance.

"We lack visibility on how much the decline in pent-up demand will affect deliveries in the U.S.," he added, "and how much international expansion and lower-price SKUs will boost demand, but we remain confident the net effect will be positive enough for Tesla to thrive in 2019."

In December, Tesla highlighted that it saw the highest volume for Model 3 production rates. Tesla was able to achieve production rates of 7,000 vehicles per week at the end of its fourth quarter.

Moving into 2019, Tesla expected Model 3 volume to grow substantially year-over-year due to increased production rates at its Fremont facility and its Gigafactory located in Shanghai, China.

Tesla noted that it is aiming to produce approximately 3,000 vehicles per week at the Shanghai facility and look to achieve 10,000 per week on a sustained basis. Barring challenges associated with the Shanghai facility, Tesla is targeting annual Model 3 output in excess of 500,000 units sometime between Q4 of 2019 and Q2 2020.

"In the second half of 2018, the Model 3 took over 50% share of its addressable market in the U.S. (premium sedan, $45k+)," Ferragu said. "This impressive performance is unlikely to be sustainable. It was supported by the upcoming deadline for subsides and the monster pent-up demand, which built over the last couple of years."