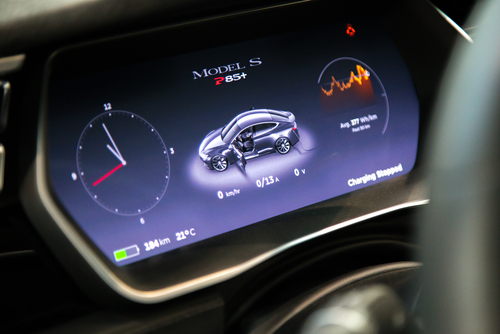 Tesla Inc. (NASDAQ: TSLA) took a beating this morning as Goldman Sachs Group Inc (NYSE: GS) analysts have downgraded the stock, issuing a valuation of $180 down from previous stance of $190.

The automaker had posted record prices earlier this year, as well as announced the successful mass-production of the Model 3, but looks to be running out of steam as sales of old models have plateaued and there is doubt about the demand for the Model 3. Amidst all of this, Goldman has slashed their valuation by $10 in a continued show of resilience to the automaker’s business plan and performance.

The reasoning behind the downgrade is simple, with a lot of hype comes a lot of pressure and the challenge for Tesla will be to post favorable sales reports later this year, seeing as, to date, sales have stagnated around the 100k per year mark. Tesla had missed its second quarter guidance of deliveries by about 1,500, and according to David Tamberrino, the Goldman Sachs analyst responsible for the drop, there is “potential for downside as the Model 3 launch curve undershoots the company's production targets and as 2H17 margins likely disappoint.”

Other Wall Street firms, like Bernstein, have also raised their own concern about Tesla’s second quarter results, as “Tesla's Q2 production and deliveries report raised more questions than answers, particularly about Model S and X demand.”