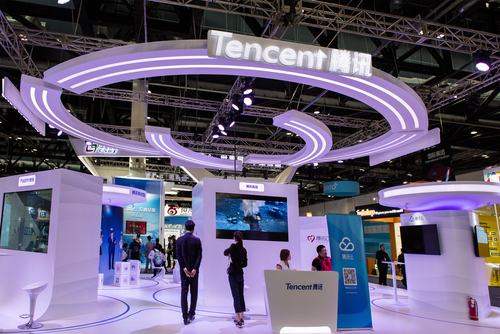 Shares of Tencent Holdings Ltd. (OTC: TCEHY) climbed as much as 4.2% on Friday morning after a regulator was quoted in Chinese media as saying the first batch of new video games would be given the green light soon, signaling an end to a crippling approvals freeze.

The first group of games have been reviewed and publication numbers, which companies need before they can charge money for a game, will be approved soon, according to local reports citing Feng Shixin, deputy director of the Propaganda Department’s copyright bureau. Feng announced the news Friday at the 2018 China Game Industry Annual Meeting in Hainan province.

Regulators have not approved the sale of new titles since March. Video games have been harshly criticized in state media in the past few years for graphic, violent content as well as being addictive amongst youth. The ensuing freeze has squeezed the profits and shares of game companies, including industry giant Tencent.

“This is obviously exciting news for the Chinese game industry,” Tencent said in a statement. “It confirms the determination of the competent authorities to actively manage and standardize management, and the future development of the entire Chinese cultural industry.”

Game executive and analysts said the approvals announcement was a huge relief for an industry that hasn’t been able to monetize new games in months.

“It’s really good news for the gaming industry,” said Chenyu Cui, a senior research analyst at IHS Markit. “Particularly Tencent and NetEase have a lot of games in the pipeline.”

There have been signs the freeze was thawing. Earlier this month, state media reported an ethics committee under the Propaganda Department had been set up to review games for content and set out guidelines for companies. The committee had already reviewed 20 games, requesting modifications to 11 titles and rejecting nine for improper content.