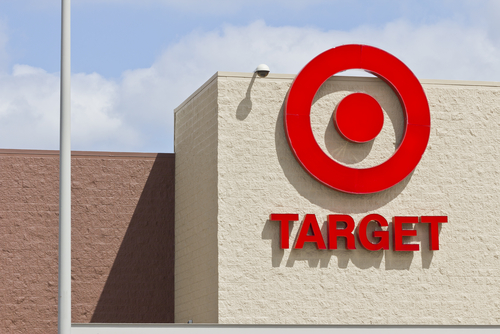 Target Corp. (NYSE: TGT) reported on Tuesday third-quarter earnings and comparable sales that fell below estimates despite generating more revenue than expected, sending its shares down 7% in premarket trade.

Profit missed expectations as price cuts, higher wages, and investments in its online business ate into margins. Excluding items, Target earned USD 1.09 per share in the quarter, below the average estimate of USD 1.12 per share.

Sales at Target stores open for at least 12 months were up 5.1%, slightly short of expectations of growth for 5.2%. The Company said digital sales rose 49% during the third quarter and contributed 1.9 percentage points to same-sales growth. It said the number of transactions at its stores jumped 5.3%, while the average shopper’s ticket dropped 0.2%.

Target said its strongest sales gain during the quarter came from the toys, baby, and beauty categories. Toy sales were up more than 20% from a year ago. The Company has devoted more space in some stores to sell toys following the demise of Toys R Us.

Despite the sales gain, investors were still concerned about higher expenses eating into profits. Target’s third-quarter gross margin rate fell to 28.7% from 29.6% a year ago, with the Company attributing the decline to higher supply chain costs as it fulfills more online orders ahead of the holiday season. Target ended the quarter with inventories up nearly 18%.

Chief Financial Officer Cathy Smith said during a call with analysts that margins will continue to be pressured during the fourth quarter, though not to the extent they were during the third quarter.

"While digital channel sales continue to grow rapidly, we are benefiting from the healthy traffic and sales growth in our stores as well," Cornell told analysts on a separate call Tuesday. "I will say that we are optimistic about our ability to deliver profitable growth next year and beyond.”

Target maintained its full-year forecast, saying it expects its adjusted earnings per share to fall within the range of USD 5.30 to USD 5.50. For the holiday quarter, the Company anticipates same-store sales will be up roughly 5%.

As of Monday's market close, Target shares have rallied more than 35% over the past 12 months, bringing its market cap to roughly USD 41.1 Billion.