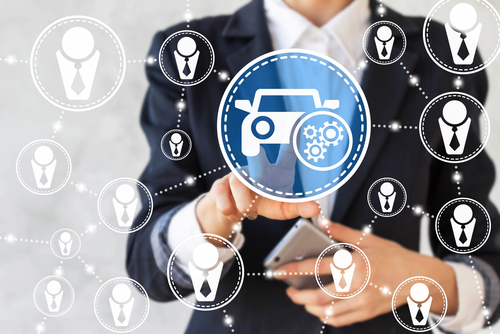 The race for delivery-based grocery supremacy has just taken a surprising turn as Target Corporation (NYSE: TGT) has teamed up with Grand Junction, a San Francisco-based local delivery startup that Target hopes will make them competitive with the likes of Amazon.com, Inc (NASDAQ: AMZN) and Wal-Mart Stores, Inc. (NYSE: WMT). Grand Junction connects Target to more than 700 carriers across North America.

Target has already made moves in silence to compete with Amazon by acquiring their former executive, Arthur Valdez, who is now their Target’s chief supply chain and logistics officer. Wal-Mart has been leaning on their in-store pickup and curbside retrieval of groceries, along with a short-lived stint experimenting with sending Wal-Mart employees to drop packages off on their way home. Not very effective, as one would imagine.

Valdez says that Target’s hopes are for the deal with Grand Junction to help “accelerate the work we’re doing to improve our speed of delivery. It will also boost our ability to offer new services – like same-day delivery, and even assembly and installation.”

Grand Junction is now piloting a same-day delivery service in the TriBeca area of Manhattan and plans to expand its same-day delivery service to other New York City stores by October and additional U.S. cities early next year. These moves, of course, almost seem to be too little, too late as Amazon’s Prime subscription service gives members in over 30 cities the ability to receive their orders in as little as one hour which will be a steep learning curve for Grand Junction. Not to mention the drone-delivery service still in its beta phase.