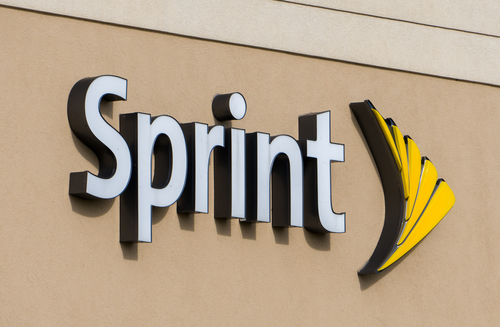 The Committee on Foreign Investment in the U.S., or CFIUS, told the companies that it had cleared the union of the No. 3 and No. 4 carriers by subscribers after several months of negotiations with company representatives.

The interagency committee, which is led by the Treasury Department, reviews foreign deals for potential national security issues and can recommend that the President block transactions if such concerns are not resolved. Japanese telecom giant SoftBank Group Corp. owns most of Sprint, while Germany’s Deutsche Telekom AG is a majority shareholder of T-Mobile in the U.S.

Additionally, Team Telecom, which includes the departments of Justice, Homeland Security, and Defense, confirmed it had no objections with the merger, according to the companies. The deal must still be approved by antitrust authorities at the Federal Communications Commissions and the Justice Department. T-Mobile executives have said they expect that process to end in the first half of next year.

"We are pleased to achieve both of these important milestones in the journey to build the New T-Mobile," T-Mobile Chief Executive Officer John Legere said in a statement. The Company has previously said it expects the deal to close in the first half of 2019. "These approvals assure the strong partnership both companies have with the U.S. government will continue with the New T-Mobile. We look forward to continuing our discussions with the remaining regulatory agencies reviewing our transaction."

The CFIUS review took place while a host of other U.S. officials waged a separate campaign to persuade allies to cut ties with China’s Huawei Technologies Co., which works with Deutsche Telekom and SoftBank abroad. These U.S. officials have cited concerns that the Chinese telecommunications giants would use its hardware to spy on foreign networks, which Huawei has denied.

CFIUS previously required Sprint to remove Huawei equipment from its U.S. network as part of a 2013 review triggered by SoftBank’s purchase of a controlling stake in Sprint. Deutsche Telekom went through a similar process when it entered the U.S. market. However, anything that relates to networks overseas is outside the scope of the committee’s authority.

Neither Deutsche Telekom nor SoftBank is required to significantly change its own business or operations as a result of Cfius’s demands, according to the terms of the merger. Any potential changes are limited to T-Mobile, Sprint and their respective subsidiaries, deal documents show.

Still, the global campaign by the other U.S. national security officials outside of Cfius was bearing some fruit. Deutsche Telekom on Friday said it was reviewing its procurement strategy for vendor equipment given “the global discussion about the security of network elements from Chinese manufacturers.” SoftBank last week made similar comments about its network in Japan.