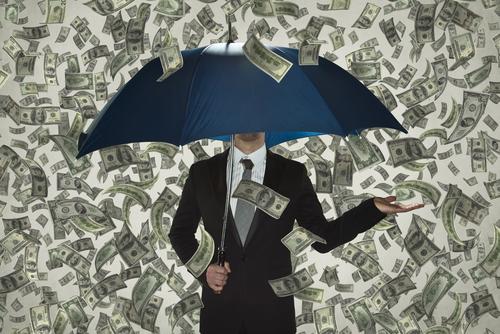 This is something nobody ever wants to hear… the rich just keep getting richer. On Friday a study released by UBS and PwC revealed that the wealth of the world's billionaires increased 20% in 2017 to $8.9 trillion!

China’s rich are leading the uptrend by adding 2 new billionaires per week in 2017. This rate is double America's and Europe's rate while Asia in total are seeing 3 people crossing the $1 billion net worth mark per week.

12 years ago there were only 16 billionaires in China and that has increase over 22 times to 373 billionaires.

In 2017, the total female billionaires have also grew to 2,158 which is up 9% from 2016’s 1,979 but they still only represent 11%. Although only a small part of the overall total their rise can bring a shift in wealth creation which will be key to demographic growth.

"They are the same when it comes to creating value, but different when it comes to distributing the value," Stadler told CNBC's "Squawk Box Europe" on Friday. "Women tend to foster family values and want to invest more into the sustainability area, whereas males are more value creators and leave it then to their females or to their officers and family officers or foundation officers to basically give back to society."

Chinese billionaires now account for almost 20% of the world's billionaires. China’s leadership in technological innovations brings competition to the US. Tech has been a huge wealth creation motivator for China who is home to 3 of the largest tech corporations Baidu, Alibaba and Tencent. The country also has a number of rapidly-growing startups with multi-billion dollar valuations, including ride-hailing firm Didi Chuxing and artificial intelligence company SenseTime.

Something you might like to know is that 97% of Chinese billionaires are self-made! The report showed 89 entrepreneur billionaires were produced alone last year which is 3 times more than the U.S., Europe,Middle East and Africa (EMEA) region.

Thank you for your entire efforts on this web site. My mother really loves carrying out investigation and it is easy to understand why. I hear all concerning the powerful medium you give informative tactics by means of your web site and in addition welcome response from some others on this area of interest and our child is without question learning a great deal. Take advantage of the remaining portion of the year. You're carrying out a good job. blog
I always use url shortener
It is very helpful.

I enjoy you because of your whole work on this web site. Ellie take interest in managing internet research and it's obvious why. Most of us hear all relating to the lively tactic you produce simple secrets via this web site and therefore cause response from other people on this situation while our favorite daughter is really being taught a lot of things. Take pleasure in the remaining portion of the year. Your performing a tremendous job. blog
I always use url shortener
It is very helpful.