Stock Market Still Risky Even as it Bounces Back 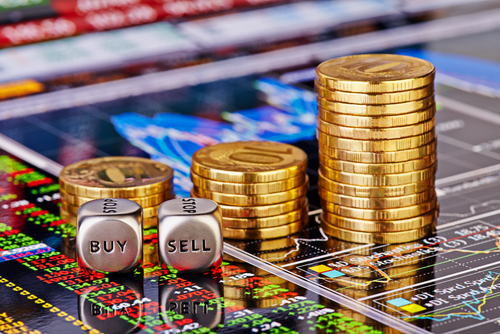 Investors continue to be wary even as the stock markets continue to quickly climb after they underwent a heart-stopping correction. A few are swiftly calculating whether the time is too young to sound the 'all clear'. A significant proportion of experts even wonder if the gains came too quick. All of them agree that stocks are and will continue to be volatile. Only a few strategists hold the opinion that February 8 was the day the stock market reached a bottom. The correction finally stopped after dropping a breathtaking 12 percent peak to the trough decline. This inter-day movement frightened many a market investor.

All in all, February 12 was a good day for the stock markets. The Standard & Poor closed up by 1.4 percent to touch 2,656. This is the best gain over a period of two days since June 2016. Sam Stovall, the CFRAs chief investment strategist, holds the opinion that the fundamentals have more or less remained constant. He warned that if the market did really touch the bottom during the plunge, then it is inevitable that the market will have to endure a much lower level in the latter part of 2018. He believes that the phenomena which happened during the first week of February were a tradeable bounce as the 200 days moving average was tested.

The gains in the market can be impeded by multiple factors. One of them is Treasury yields. These sent the markets into a tizzy in the first week of February but were re-assuredly lower on February 12. However, a possibility exists that the economy is an excellent one. If the latter is true, there will be a rise in inflation. The result will be an increase in the Federal interest rates. The fear of an opposite scenario is also there. The market churn could have a negative effect on the US economy. Every scrap of information in this regard is extremely important. Adding to the uncertainty pain was the strengthening of the dollar during the first week of February. The currency went down on February 12.

Technical traders believe that the market bounced back from its bottom. The Standard & Poor 500 closed above its 100 days moving average. It turned around from that 200 level on February 9. Analysts have said that the 2,417 level is the one to watch out for, being 50-day moving average.