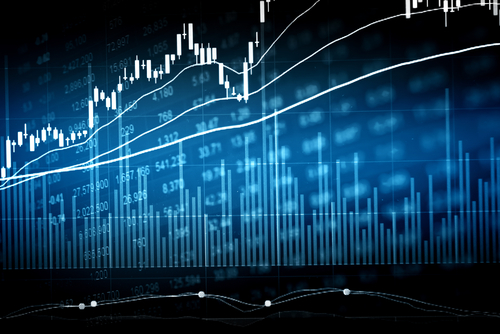 Stock market futures went north on April 16 after US President Donald Trump labeled the Syrian attacks as a successful mission. Significant gains were reported for Nasdaq 100, S&P 500 index, and the Dow Jones. The earnings season is clearly on. Netflix, Inc. (NASDAQ: NFLX) and Charles Schwab Corporation (NYSE: SCHW) showed positive gains. Bank of American reported better than anticipated earnings in its first quarter. Both Bristol Myers Squibb and Merck will present their trial data related to lung cancer. The two companies are competing in immuno-oncology products.

The S&P 500 futures went up 0.6 percent above the fair value. A similar climb was recorded by Dow Jones futures. There was a rise of 0.7 percent by Nasdaq 100 futures. The Crude Oil futures dropped by one percent post its best week during the last eight months.

Investors, other than earnings, will receive a number of economic reports within the next few days. The March retail sales of Commerce Department and April Empire State of New York manufacturing index will also be revealed. The Housing Market Index is also in line.

All three- Nasdaq, S&P 500 index, and DJIA or Dow Jones Industrial Average went up strongly during the second week of April, but went back down on April 13. Among the big losers were America listed China Internet along with school stocks. Banks were sold off despite excellent earnings reported by Citigroup, JPMorgan Chase, and Wells Fargo. A number of premium stocks have formed flat bases. This includes not only Intel and Apple but also Bank of America.

Markets are sure that President Trump will desist to do anything which will push up risks of a broader conflict. If such a thing happens, then Iran and Russia will be involved. It is apparent that Trump has lost interest in the Syrian conflict. He sent out a number of tweets blasting James Comey, the former director of the FBI.

Netflix has raised many an investors' attention. Wall Street anticipates that the adjusted earnings in the first quarter for every share will be 63 cents, a rise of 57.5 percent. Revenues of the company went up to $3.69 billion, an upside of 40 percent. According to Netflix, the company would add about 6.35 million subscribers. A number of analysts pushed up price targets during the second week of April being bullish on Netflix's growth.