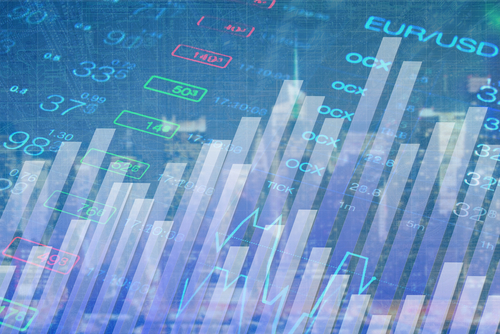 According to a survey done by local financial experts, most of the Millenials residing in North Texas and other countries cannot enjoy the benefits of an excellent performing stock market. As per a survey by Charles Schwab, the investment service company, a larger number of Millenials tend to have written financial plans. These are developed with professional assistance and in much greater numbers when compared to the older generations. Even as they seem to do well on the financial planning habits, it is observed that Millenials routinely struggle to control spending. They overspend on their daily items and also struggle with managing the debt. Approximately 60 percent of the Millenials reported that they spend a substantial sum of money on coffee. Two-thirds of the respondents said that mortgage payments and student loans are not done on time.

As per Austin Reynolds of Tolleson Wealth Management, it is being seen that Millenials are not willing to invest. This trend is observed all over Dallas. Even though studies have shown that most Millenials loath to invest, the investment in 401(k) accounts make a popular choice for individuals who invest due to employer matching programs. These programs provide the employees to enjoy a head start when it comes to retirement savings.

Reynolds continued on to say that even if three percent of the salary is invested into 401(k) account, there can be a number of times any company could match the standard 50 percent or even 100 percent of that amount into that particular account. It is a method for the Millenials to invest in a method which was not as accessible or known to the previous generations.

The survey revealed that as Millenials get older, they also exhibit an improvement in their financial habits. About 46 percent of the respondents said that they enjoy a 401(k) or any other work sponsored account solely created for retirement purposes. In contrast, Millenials in their 20s reported that only 26 percent exhibited the same traits. Approximately 23 percent of the surveyed Millenials reported having investments other than 401(k), only about nine percent of the Millenials in the 20s said they have the same. Julie Lambert, a Charles Schwab branch manager, said that it is encouraging to see positive financial sense among Millenials, but much more of them must get finances in order. They must invest by keeping their futures on their minds.

Current trends and a creative outlook on the situation in the world https://successfulforexbroker.business.blog

News information on our website at the link https://typeofcreditreport.news.blog


News information on our website at the link https://forexnewstrading.news.blog

what is hydroxychloroquine used for arthritis https://pharmaceptica.com/

prednisone for dogs for sale

lupus wikipedia english https://plaquenilx.com/# how do i get hydroxychloroquine

I enjoy you because of your own hard work on this website. My mother delights in working on investigations and it's really obvious why. My partner and i hear all of the powerful manner you create precious items via your blog and even attract participation from some others on that matter plus our child is really understanding a lot. Enjoy the remaining portion of the year. You're conducting a superb job. blog
I always use url shortener
It is very helpful.

Thanks for each of your hard work on this site. Betty delights in setting aside time for internet research and it's obvious why. Most people notice all relating to the lively medium you deliver practical tips and hints via your blog and in addition welcome response from other people about this concept then our simple princess is certainly being taught so much. Take advantage of the rest of the year. You are always doing a fabulous job. blog
I always use url shortener
It is very helpful.

can ubuy cialis on streets