Starbucks Announces That It Will Stop Using Plastic Straws by 2020 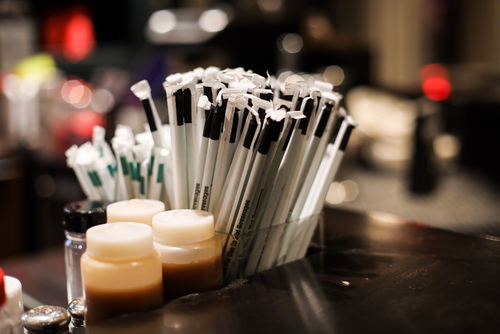 Starbucks (NASDAQ: SBUX) announced today that it will eliminate single-use plastic straws from its 28,000 global stores by the year 2020. The Company stated that it stores will be offering straw-less lids or alternative-material straw options instead of plastic straws. Starbucks has already designed, developed, and put into use a new type of straw-less lid, which will be the standard for all of their iced coffee, tea, and espresso beverages. The new lid is currently in use in more than 8,000 stores in the U.S. and Canada for certain beverages.

“Starbucks’ goal to eliminate plastic straws by 2020 from their stores globally represents the Company’s forward thinking in tackling the material waste challenge in totality,” said Erin Simon, Director of Sustainability Research & Development and Material Science at World Wildlife Fund, U.S. “Plastic straws that end up in our oceans have a devastating effect on species. As we partner with Starbucks in waste reduction initiatives such as Next Gen Consortium Cup Challenge and WWF’s Cascading Materials Vision, we hope others will follow in their footsteps.”

In addition to stopping its plastic straw usage, the Company has also invested USD 10 Million to develop and bring to market a fully recyclable and compostable hot cup, in partnership with Closed Loop Partners, through the NextGen Cup Consortium and Challenge.