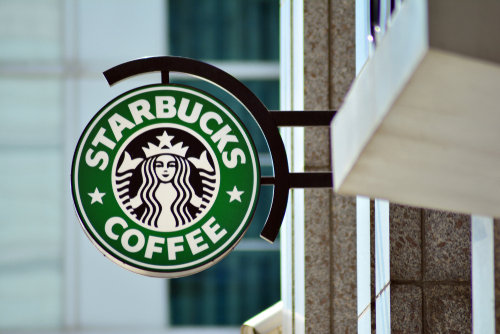 "We are particularly pleased with the sequential improvement in quarterly comparable store transactions in the U.S., underpinned by our digital initiatives and improved execution of our in-store experience," Chief Executive Officer Kevin Johnson said in a statement. "With this solid start to the fiscal year, we are on track to deliver on our full-year commitments."

Overall, same-store sales rose 4% for the quarter ended Dec. 30. While the number of transactions in the U.S. remained flat, reported same-store growth thanks to a 3% bump in the average check size. Wall Street was expecting to see same-store sales increase by 3.2%.

Starbucks is forecasting net income between USD 2.32 to USD 2.37 per share for the fiscal year. The Company did boost its adjusted earnings forecast, thanks to income tax-items. It now expects to earn between USD 2.68 and USD 2.73 per share. It previously estimated adjusted earnings of USD 2.61 and USD 2.66 per share. It also expects revenue to grow 5% to 7% during fiscal 2019.

Starbucks, which has a market capitalization of USD 80.3 Billion, has had its stock price rise more than 6% over the past year.