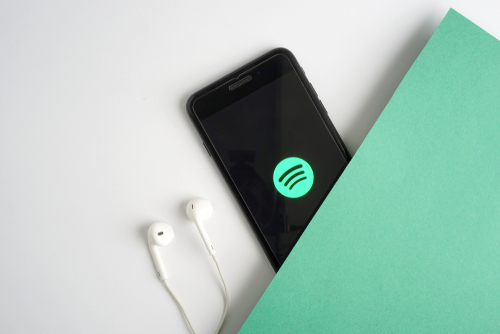 Spotify Technologies SA (NYSE: SPOT) forecast a strong fiscal year growth as its initial public offering launching approaches. The music streaming service will go public next week April 3 and will list itself on the New York Stock Exchange under the ticker “SPOT.”

The company says it monetizes its service through subscriptions and advertising. Spotify reported its Ad-Supported Service revenue increased by 41 percent from 2016 to 2017, which the company considers could potentially be a stand-alone growth opportunity.

Spotify has reported a net loss since it was founded, but the company believes it is part of a long term growth strategic plan which will eventually lead to profitability.

In 2016, Spotify controlled approximately 42 percent of the global streaming market, according to management estimates and industry reports. The company controlled 41 percent, 42 percent, and 59 percent in the U.S., Brazil and the United Kingdom, respectively.

For the upcoming fiscal year, Spotify forecasts monthly active users to grow by 26 percent to 32 percent up to 198 to 208 million users. The company says premium subscribers will grow by 30 percent to 36 percent year over year to 92 to 96 million users.

The company expects stronger revenue growth of 20 percent to 30 percent up to 4.9 billion to 5.3 billion euros or $6.1 billion to $6.8 billion. Although Spotify forecasts strong revenue growth, the forecasted growth represents a deceleration of 39 percent from 2016 to 2017.