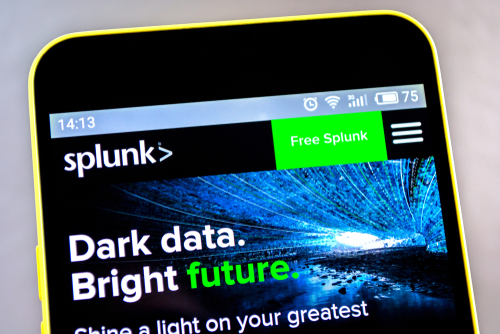 At the end of the quarter, Splunk reported that it signed 440 new enterprise customers, including Airbus Defence and Space, Anaplan, Carnival Cruise, Chegg, Crowdstrike, Takeda Pharmaceuticals, the U.S. Census Bureau, and Xcel Energy.

“Splunk continues to show the world how our Data-to-Everything Platform is uniquely positioned to bring data to every question, decision and action,” said Doug Merritt, President and Chief Executive Officer, Splunk. “Whether through our groundbreaking innovations like Splunk® Data Fabric Search and Splunk® Data Stream Processor or aggressive acquisition strategy, Splunk is transforming the way our customers around the world turn data into doing.”

For the fourth quarter, Splunk is now expecting revenues to be approximately USD 780 Million. And as for the full year, the Company raised its revenue outlook from USD 2.3 Billion to USD 2.35 Billion.