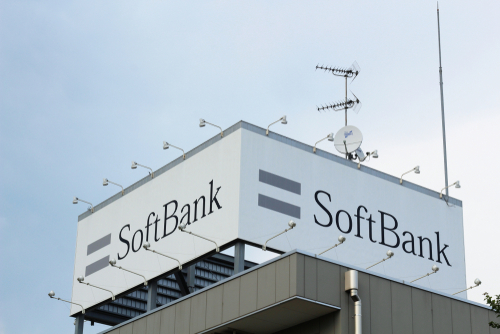 Nvidia Corp. (NASDAQ: NVDA) shares slipped on Tuesday after Bloomberg reported that SoftBank Group Corp. is looking to sell off its stake in the Company as early as next year, citing sources familiar with the matter.

Nvidia shares fell by 2.42% on Tuesday at the closing bell following the reports.

SoftBank could profit approximately USD 3 Billion from the trade, said the sources, who asked not to be identified because the matter is not public. However, the sources said no final decision has been made and SoftBank may end up keeping its stake or sell only part of it. SoftBank is Nvidia’s fourth largest shareholder, but the holdings were later transferred to SoftBank’s investment fund, Vision Fund.

Representatives for SoftBank and Nvidia declined to comment on the matter.

While Softbank holds an equity stake in Nvidia, Softbank has constructed a so-called collar trade of about USD 6 Billion, said the sources, which allows investors to amass stakes while protecting themselves if the stock price were to fall.

Nvidia’s bearish movement these past few months has caused SoftBank to look into selling its stake, said the sources.

Nvidia had a strong year, leading up to the bearish October month. The Company’s stock price surged throughout the year over strong demands for artificial intelligence and cryptocurrency mining. However, the run-up for the stock was short lived and quickly plunged.

Since Nvidia’s all-time high back in early October, the stock price has plummeted by 48.7% into Tuesday’s closing price. Nvidia was seeing a decline due to lower demand and weaker outlook for chipmakers along with trade war tensions between the U.S. and China.

SoftBank’s move to potentially sell its Nvidia stake is structured by a series of tranches that begin to expire early next year, said the sources. The average price for the options is between USD 230 and USD 240 per share, said one of the sources.

However, if Nvidia’s share prices can recover itself, SoftBank may decide against selling its stake in chipmaker.