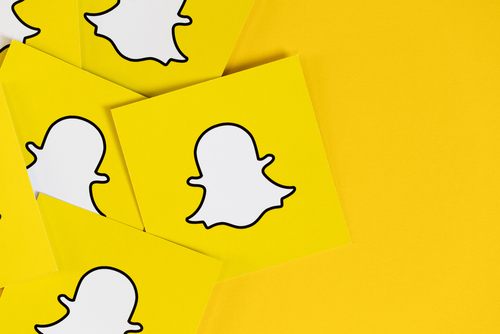 Snap (NYSE: SNAP) shares slipped on Wednesday morning after the Company released its quarterly financial results during Tuesday’s after market hours. The social media giant surpassed earnings estimates, however, analysts doubted the Company’s ability to profit in the short term, causing shares to tumble by 4.5%.

The Company was also able to beat user estimates for the quarter, signaling that Snap is growing its user base once again. Snap reported global daily active users of 190 million compared to FactSet’s estimates of 187.22 million. Snap had 191 million users in the first quarter in 2018, but the Company gained four million new users sequentially.

“In the first quarter we delivered strong results across our business with growth in daily active users and revenue,” said Evan Spiegel, Chief Executive Officer.

Spiegel also mentioned that Snapchat is now available on all Android devices, which he believes will bolster the Company’s user growth. Additionally, Snap also announced several add-ons to its platform to also accelerate user growth such as Snap Games, augmented reality, Snap Kit, and Discover.

Despite Snap’s initiatives, analysts expressed their doubt about the Company’s ability to profit in the short-term. Wedbush Securities said that Snap’s investment into new technology onto its platform will hinder its profitability.

“While we are impressed with Snap’s user and revenue growth, the company’s road to profitability appears to have gotten longer,” Wedbush Securities analysts wrote in a note Wednesday, according to CNBC. “The company has taken several steps to improve the utility of its app, increase user engagement, and explain its value proposition to advertisers, but increasing spending leaves us concerned that Snap will not achieve profitability until 2021 at the earliest.”

Wedbush Securities maintains its neutral rating with a 12-month price target of USD 12.25.

Other analysts also believe that Snap’s heavy investment will hurt its profitability, however, in the long-term it will return greater growth opportunities. Canaccord Genuity and Stifel analysts believe that Snap is taking a hit temporarily to further develop itself later.

“Early results showed a modest increase in frequency of use for Snapchatters who have downloaded the rebuilt app, though this may take time to flow through to financials,” Canaccord Genuity Capital Markets analysts wrote.

“Although Snap is executing a potentially disruptive sales organization restructuring during 2Q, the company’s ad products appear to be gaining traction with both large brands and direct response advertisers as they continue to grow in sophistication, building Snap’s active advertiser base and auction density,” Stifel analysts wrote, giving the stock a hold rating while upgrading its price target from USD 10 to USD 13. “Snap’s plans to invest in marketing, content, engineering, and sales in 2Q to support its long-term strategic objectives could mitigate near-term operating leverage but we still believe the company can reach breakeven adj. EBITDA by 2021.”