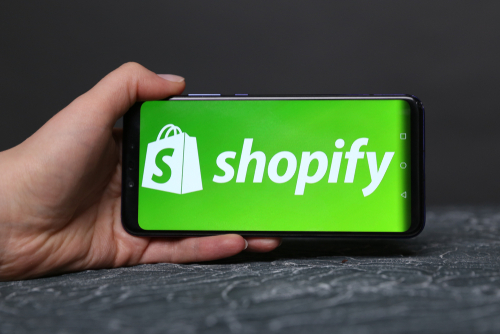 Shopify (NYSE: SHOP) has been on a bullish tear this week after the Company reported its metrics from Black Friday and Cyber Monday sales. Shopify’s stock was up 4.9% during mid-day trading sessions on Wednesday.

The Company highlighted that over one million merchants sold delivered revenues of USD 2.9 Billion across 175 countries, up from last year’s USD 1.8 Billion.

A number of analysts have initiated their coverage on Shopify over the past several months.

Piper Jaffray holds a price target of USD 320.00 on the stock and gives the Company a “hold” rating.

On the other hand, Zacks Investment Research downgraded Shopify’s stock from a “hold” to a “sell” rating and set a price target of USD 400.00 back in August.

Among the firms covering Shopify, three analysts have issued a “sell” rating, 11 have given a “hold” rating, while 14 analysts have rated the stock with a “buy.” Currently, Shopify has an average rating of “hold” and an average price target of USD 335.88 per share.