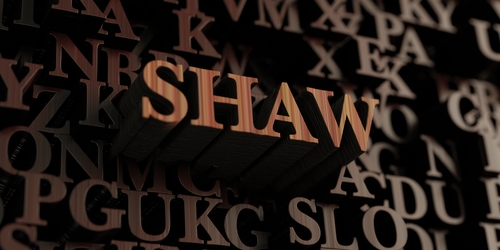 The Canadian connectivity company reported net income that climbed 68.5% to CAD 187 Million. While earnings shot up 64% to CAD 0.36 per share and revenue grew 9% to CAD 1.36 Billion

On the NYSE, shares of Shaw Communications ended Friday’s regular session up 1.08% at USD 19.69. In the past year, the stock has dropped over 9%, however, in the past three months it has risen 5%.

The Company accredits the strong performance to continued momentum in Wireless, Business and Consumer Internet and the realization of cost-saving initiatives. Continued subscriber growth, penetration of Big Gig Data, and higher equipment sales prompted the wireless revenue increase of 60% to CAD 273 Million. Growth in rate adjustments, internet revenue, and the continued demand for its SmartSuite of Business products prompted wireline revenue to increase by 0.7% to CAD 1.08 Billion.

Shaw Communications also successfully completed the launch of 140 new retail locations with Walmart. Currently, the Company now operates in a combined total of approximately 240 national retail locations across its footprint with Loblaws ‘The Mobile Shop’ and Walmart. When combined with its existing corporate and dealer store network, The Company’s, Freedom Mobile business now has over 600 retail locations in operation.

For fiscal 2019, Shaw confirms that it remains on pace to meet its guidance that includes operating income before restructuring costs and amortization growth of 4% to 6% over fiscal 2018. Capital investments are still expected to be about CAD 1.2 Billion and free cash flow is forecasted to be in excess of CAD 500 Million.

Shaw plans to expand and increase its market share in Western Canada, as they broaden there network into new cities throughout 2019.

"First quarter results represent a solid start to fiscal 2019 where we expect to continue to grow our Wireless business with our innovative and data centric plans that leverage our continuously improving network.” Said Brad Shaw, Chief Executive Officer of Shaw Communications in a press release.