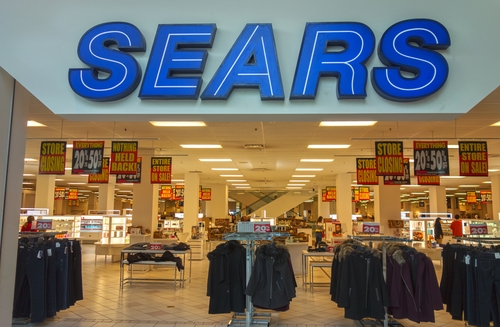 On Wednesday, Sears Holdings Corp (NASDAQ: SHLD) announced that they have secured $100 million in new financing and will try to cut an additional $200 million in costs this year as the retailer tries to regain footing after a big sales drop during the holiday season. Last week, the company announced plans to shut more than 100 stores after a 16%-17% drop in comparable store sales from the November and December period.

While focusing on cost cuts, Sears has also been trying to increase cash reserves and revive sales. However, the company has not reported annual profit since 2011 thus experiencing a decline in sales for nearly a decade. Back in October, Sears announced a cut in ties with a business partner of more than 100 years, discontinuing the carrier of Whirlpool appliances. These include larger appliances as well as small kitchen appliances of Whirlpool subsidiaries such as KitchenAid, Maytag, and Jenn-Air.

Sears’ expects a fourth quarter adjusted loss of $10 million to $70 million compared to a loss of $61 million last year. Shareholders’ net loss should range from $200 million to $320 million.