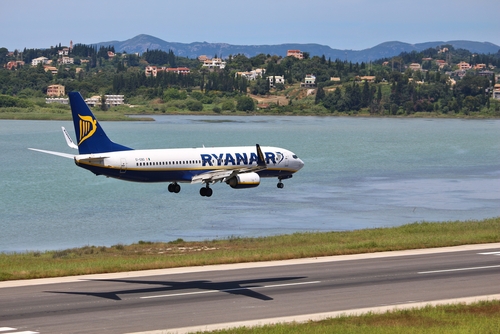 On Wednesday, Ryanair Airlines plc (NASDAQ: RYAAY) cancelled hundreds of thousands of flights and announced that they were cutting back growth plans for the first time in years in hopes to minimize the impact of a shortage of pilot staff.

The company’s CEO said last week that no more flights would be cancelled due to issues that caused sudden grounding of over 2,000 flights recently which hit the company’s share price and reputation badly. However, the airline announced on Wednesday that flights would be cancelled for about 400,000 passengers in addition to 300,000 that were affected by earlier travel cancellations hoping to minimize flight delays.

The airline plans to fly 25 fewer aircraft from November and 10 fever from April of next year. The company’s shares jumped after the announcement that slow growth would eliminate all risk of further cancellations and also said that they would not alter their 1.4 billion to 1.45 billion euro profit forecast for the financial year ending March 31. Ryanair shares dropped over 4% last week. Average fares are also predicted to be slightly lower over the next two months as the company tries to promote seat sales.