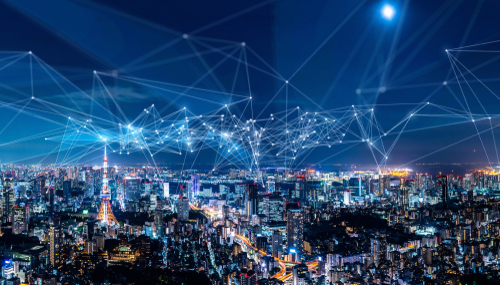 Chinese tech giant, Huawei, has signed a deal with Russian telecom company, MTS, to develop a network infrastructure in Russia over the next year.

The deal was struck during a meeting between Chinese President, Xi Jinping, and Russian President, Vladimir Putin. Huawei announced that this agreement will “promote 5G technology and launch pilot 5G networks in Russia in 2019-2020.” Huawei’s rotating chairman, Guo Ping, stated that he is “very happy” with the deal, especially in an area of immense strategic importance- 5G.

This could be the spark that ignites a century long war. Russia and China have partnered together to develop cutting-edge 5G networks and lightning fast infrastructure that will exacerbate the gap between China and the United States in the race for 5G. China is currently the world leader in the 5G market.

In an attempt to curb Huawei’s growth, the Trump administration has deemed the Company a national security threat on the grounds that Huawei is spying for Beijing. Through this declaration, the United States has blacklisted Huawei, forbidding it any involvement in U.S. 5G development. The U.S. has also threatened to cut off Huawei from necessary smartphone components and network equipment.

This has forced tech giants like Google (NASDAQ: GOOGL) to cut ties with the Company, effectively stripping Huawei of their Android license and popular Google apps, including Gmail and Google Play. Huawei has since reduced smartphone productions as a result of the controversy.

But what will this mean for the United States? According to Business Insider, a Huawei representative said preventing Huawei from doing business in the U.S. will not benefit the country in any way. “Instead, this will only serve to limit the U.S. to inferior yet more expensive alternatives, leaving the U.S. lagging behind in 5G deployment, and eventually harming the interests of U.S. companies and consumers.”

The U.S. blacklist of Huawei will only contribute to the growing disparity between the United States and China in the internet industry. American telecom firms simply can’t compete with the consistent low-prices offered by Chinese telecom giants like Huawei. To win this race for 5G, the U.S. must tread lightly, or risk being left behind.

We are now entering an era of unprecedented protectionism as the trade war between China and the United States escalates. A new iron curtain is upon us.