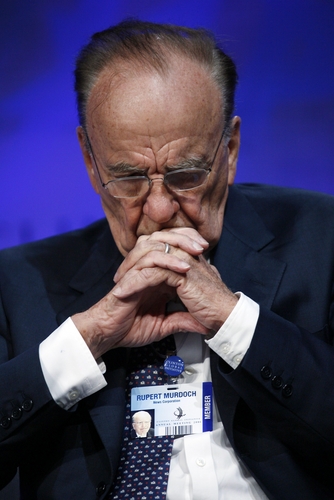 Fox News’ Rupert Murdoch has had his £11.7 billion dollar attempt to buy Britain’s Sky TV-group (SKYB.L) halted by the Culture Secretary after concerns of his“increased  influence over the UK news agenda and the political process”.

The deal, which would make Fox News the world’s third largest  news provider, after BBC and ITB, was seen as potentially harmful to Britain’s free news as well as other countries such as Austria, Italy, Germany and Ireland, all of which have a Sky network channel. The deal, according to Ofcom which is Britain’s communication  regulator, would see the Murdoch family be able to control and influence the outcomes of Britain’s day, as well as elections through partisan news.  “Ofcom’s report states that the proposed transaction would give the Murdoch Family Trust material influence  over news providers with a significant presence across all key platforms,” according to Culture Secretary Karen Bradley.

While Ofcom does not have concerns about Fox News’ integrity, there is concern of interest between Rupert Murdoch and the political hierarchy, which may further hurt Theresa May at home as this takeover may seem to be beneficial to her. Fox has however tried to jump through hoops in order to push the deal through, with  a plan to make Sky a spinoff or even try to maintain editorial independence, but Ofcom still has reservations about allowing the merger to go through. The decision has been pushed to July 14th, but with a potential investigation into the far reaching consequences  of the deal it can be pushed back all the way to next June.