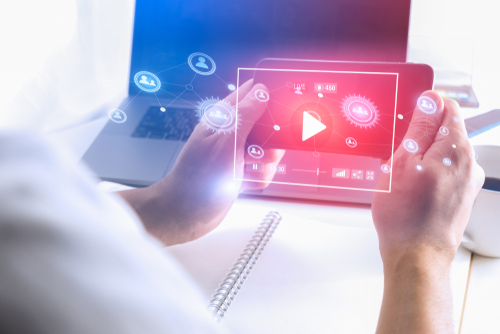 Roku (NASDAQ: ROKU) shares edged higher by 9% on Monday after Bank of America Merrill Lynch analysts initiated coverage on the stock with a buy rating.

BofA analyst Ziv Israel set a price target on Roku of USD 154 per share, representing an 8% increase above its current level, according to MarketWatch.

The analysts were bullish on the stock, citing that it may benefit from the growing competition within the streaming marketplace.

"While known primarily for selling streaming hardware, Roku has effectively shifted to generating the majority of revs through monetizing its user base, primarily through video ads," the analysts wrote in a note to clients.

"We view the market reaction as excessively punitive, as total cost of ownership for both products is significantly higher than for the Roku device.," the analysts said. "Furthermore, Roku's TV OS is the most significant driver of account generation, reducing the importance of device sales to its growth trajectory."

Investors were initially concerned because of the number of technology companies entering into the streaming space. Originally, companies such as Netflix (NASDAQ: NFLX) and Roku dominated the space. However, in the past few years, major corporations such as Apple (NASDAQ: AAPL), Amazon (NASDAQ: AMZN), Disney (NYSE: DIS), and AT&T (NYSE: T) have decided to launch their own streaming services.

Despite the intensifying competition, Roku shares are still up 375% this year.